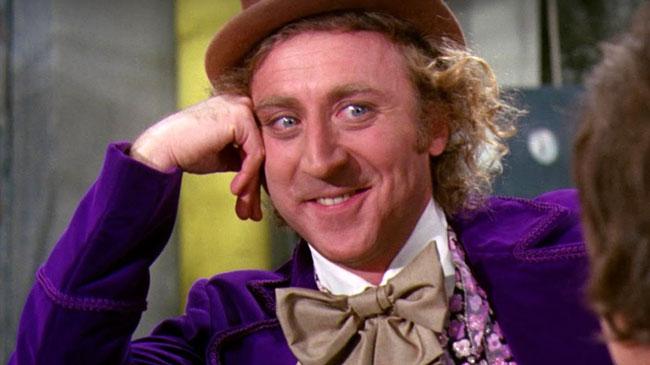 (CNN) -- Gene Wilder, who brought a wild-eyed desperation to a series of memorable and iconic comedy roles in the 1970s and 1980s, has died, his lawyer, Eric Weissmann, said.

Wilder is best known for his collaborations with director Mel Brooks, starring as the stressed-out Leo Bloom in Brooks' breakout 1967 film "The Producers" and later in the monster movie spoof "Young Frankenstein." He also portrayed a boozing gunslinger in "Blazing Saddles."

For many people, Wilder might be best remembered for "Willy Wonka and the Chocolate Factory," playing the mysterious candy tycoon in the 1971 adaptation of Roald Dahl's book.

In a statement to CNN Monday, Brooks called Wilder "one of the truly great talents of our time."

"He blessed every film we did with his magic and he blessed me with his friendship," Brooks wrote.

Wilder died due to complications from Alzheimer's Disease, which he struggled with for three years, his nephew Jordan Walker-Pearlman said in a statement to CNN.

Wilder chose not to disclose his illness, the statement added.

"He simply couldn't bear the idea of one less smile in the world," Walker-Pearman said.

In the years after "Willy Wonka and the Chocolate Factory," Wilder continued to star in numerous comedies, with less consistent success. That included several films with Richard Pryor, including "Stir Crazy" and "Silver Streak," as well as solo vehicles like "The Adventures of Sherlock Holmes' Smarter Brother" and "The World's Greatest Lover," which he also directed.

In a 2005 interview with CNN, Wilder discussed how he met Brooks, having been cast in a play opposite the director's then-girlfriend, Anne Bancroft.

"That led to 'The Producers' and 'Blazing Saddles' and 'Young Frankenstein,' but because I was miscast in a play," Wilder said. "And it changed my life."

Wilder was married to "Saturday Night Live" regular Gilda Radner for five years until her death in 1989.

He is survived by his wife 25 years, Karen Boyer.

Wilder's friends, co-workers and admirers were quick to pay tribute to the actor on Monday, following the news of his death.

"Bless you for all these years of laughter and love, such warmth and humanity," wrote film critic Leonard Maltin.

Debra Messing, former star of "Will & Grace," a show on which Wilder guest starred, said: "A man who lit up the world with his joy and genius. I can't say what it meant to act with him and get to know his heart."