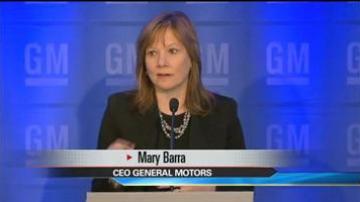 Executives at General Motors met with shareholders for the first time since the ignition switch recall.

Before the meeting, C.E.O. Mary Barra talked with the media about how the meeting was expected to go.

She said there was no new information to share on the ignition switch recall or compensation program for victims of those deadly crashes.

Protesters wanted shareholders to remain focused on the people who were killed or injured by the flawed ignition switches.

"Our goal is to make sure that everyone who is impacted by this recall is compensated. The list and the number we're talking about is based on the info we have now. That could change," said Barra.

"They're going to be in there talking about dollars and cents for the most part. But this isn't' about money, not to us. We lost children," said one concerned citizen.

The shareholders were asked to approve new directors and incentive plans for senior execs within the company.