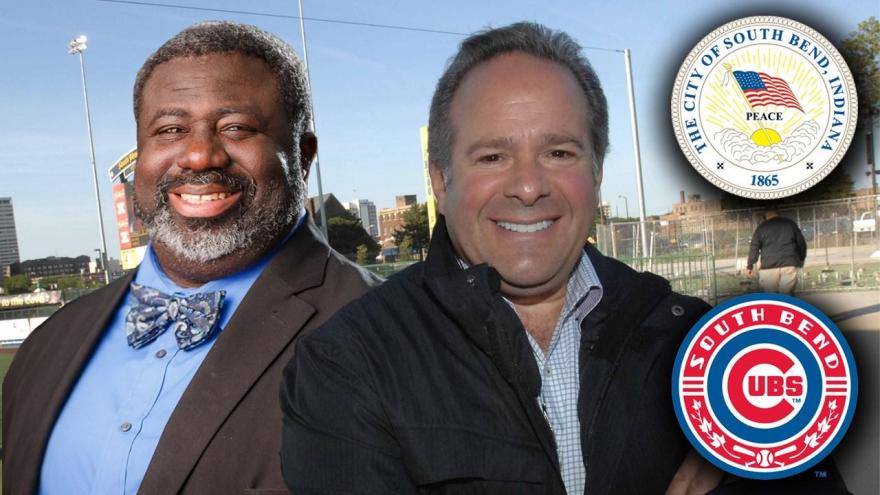 Council Vice President Oliver Davis says he takes issue with Cubs Owner Andrew Berlin's use of the word ‘gentrify’ when talking about investing in South Bend.

“We have a 20 year lease with the City of South Bend and the deal I made with the mayor at that time is that we would do anything in our power to help south bend. Help south bend gentrify, bring people to live downtown. Moreover to help the residents and to encourage developers and to be encouraged to develop themselves,” says Berlin.

Afterwards, Councilman Oliver Davis spoke out with a public statement in response to our story.

“Please respectfully know that it is clearly hoped of me and many others who live here in south bend that with all of the great investment which Mr. Berlin has graciously done and will continue to do for our City of South Bend that gentrification, which is the process of changing a neighborhood so that the people who had lived there for many years can no longer afford it, will not be a part of the "Game plan" for the City of South Bend for the next 20 years.”

Berlin says he misspoke and did not mean gentrify in that way. He said he just wants to improve the community.

"Actually I appreciate the press release because I  misused the word gentrification  I  had always thought the word meant and I used it in the context of taking empty lots and blighted lots and developing them like parking lots broken asphalt and weeds growing in 'em moving those lots in to an area where they can be developed and so that’s how  I thought of gentrification," says Berlin.