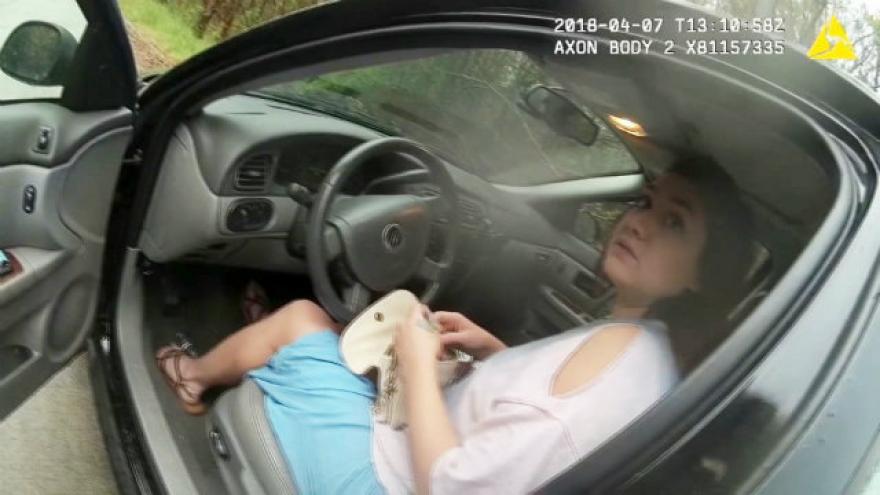 (CNN) -- Two police officers in an Atlanta suburb who joked about using a coin-flip phone app before one of the officers arrested a woman for reckless driving have been fired, Roswell, Georgia, police said Thursday.

The firings were effective Thursday, according to memos written to the officers by Police Chief Rusty Grant.

Grant cited policies that state officers should serve the public in a "kind, considerate, and patient manner" and should refrain from conduct that destroys public respect for the officer or the department.

Courtney Brown and Kristee Wilson were involved in a traffic stop on April 7 after Brown pulled over Sarah Webb, who said she was on her way to work. Body camera videos from the incident were released earlier this month.

CNN has reached out to Wilson but did not receive a reply. CNN has been unsuccessful in efforts to reach Brown.

On video recorded by body cameras, the former officers are heard discussing a range of punishments. Early in the discussion, Brown says she is considering arresting Webb for reckless driving.

Later they discuss the coin-flip app.

One officer says to the other "A heads, R tails."

While an officer appears to have used a coin flip in the discussion of the motorist's fate, it ultimately doesn't appear to have affected the officers' decision to arrest Webb.

The sound of the app's coin flip is heard, and then one officer says, "This says tails, right?" The other officer responds, "Yeah, so release?" followed by the first officer saying "23." Twenty-three is a Roswell police code for arrest.

Video shows Brown arrest Webb. The officer said she was driving more than 80 mph on a section of wet road that has a maximum speed of 45.

The officer estimated her speed because she didn't have a radar gun.

CNN affiliate WSB reported charges against the motorist were dropped.

On Wednesday, City Administrator Gary Palmer announced on Facebook that Roswell is conducting an investigation into the police department to look at "bigger issues."

"I am stunned by the lack of professionalism and compassion displayed by some of our officers," Palmer wrote. "Those who do not share these values and meet these community standards should be, and will be, removed from service."

Palmer said he is hopeful the investigation will be done by the end of the year.