Get ready for plenty of cold!

NOW: Get ready for plenty of cold! 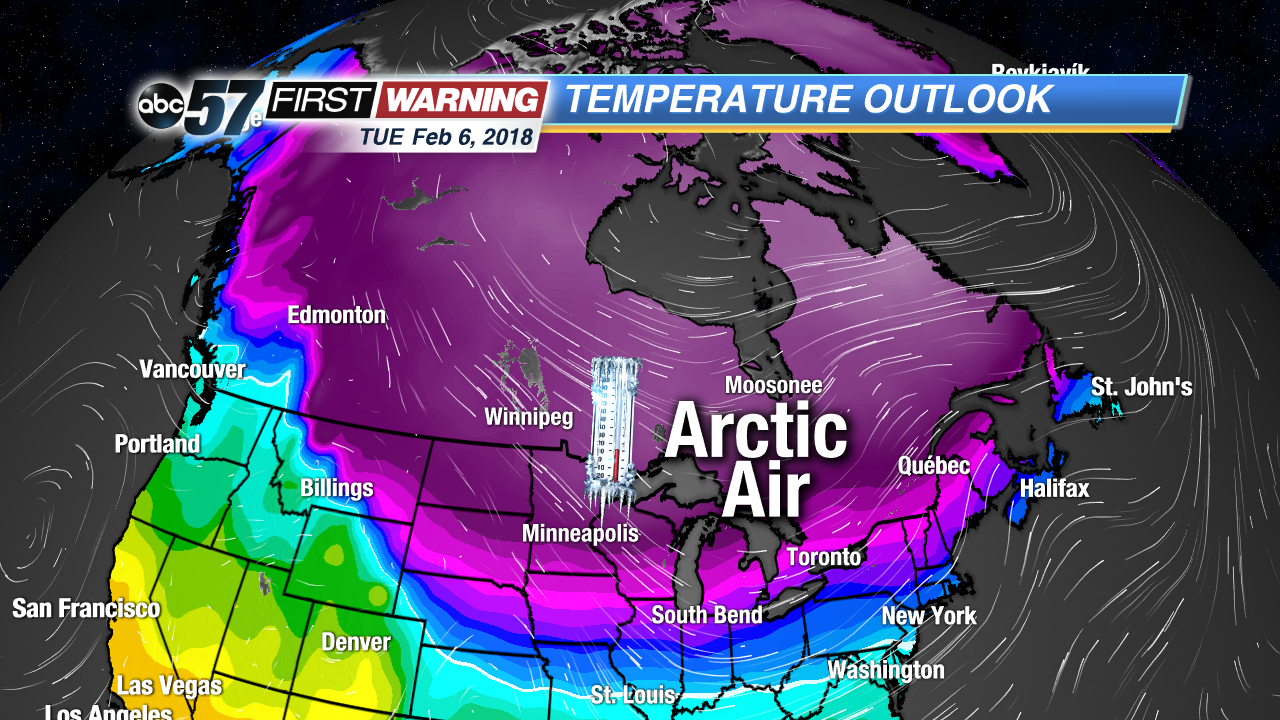 The pattern over the last few weeks has not been too bad in the cold department. Our temperatures haven't been brutally cold for long stretches, and we haven't really had that bitterly cold air. Of course, the same can not be said for December and the first week of January. The pattern that we had in place during that long stretch of frigid air is looking to return to Michiana for February. The caveat, though, is that it doesn't look as cold as what we had in December.

Plenty of cold air has been building up across Canada, and that trend will continue for the foreseeable future. A strong ridge is getting its act together across the western half of country as well. In turn, a deep trough will set up shop east of the Mississippi River. What you really need to know is that means the West will be warm and dry, and the East will be much colder and on the active side. Does that mean a lot of snow? Not necessarily. But what it does mean is that the pattern will be supportive of more snow chances throughout February. 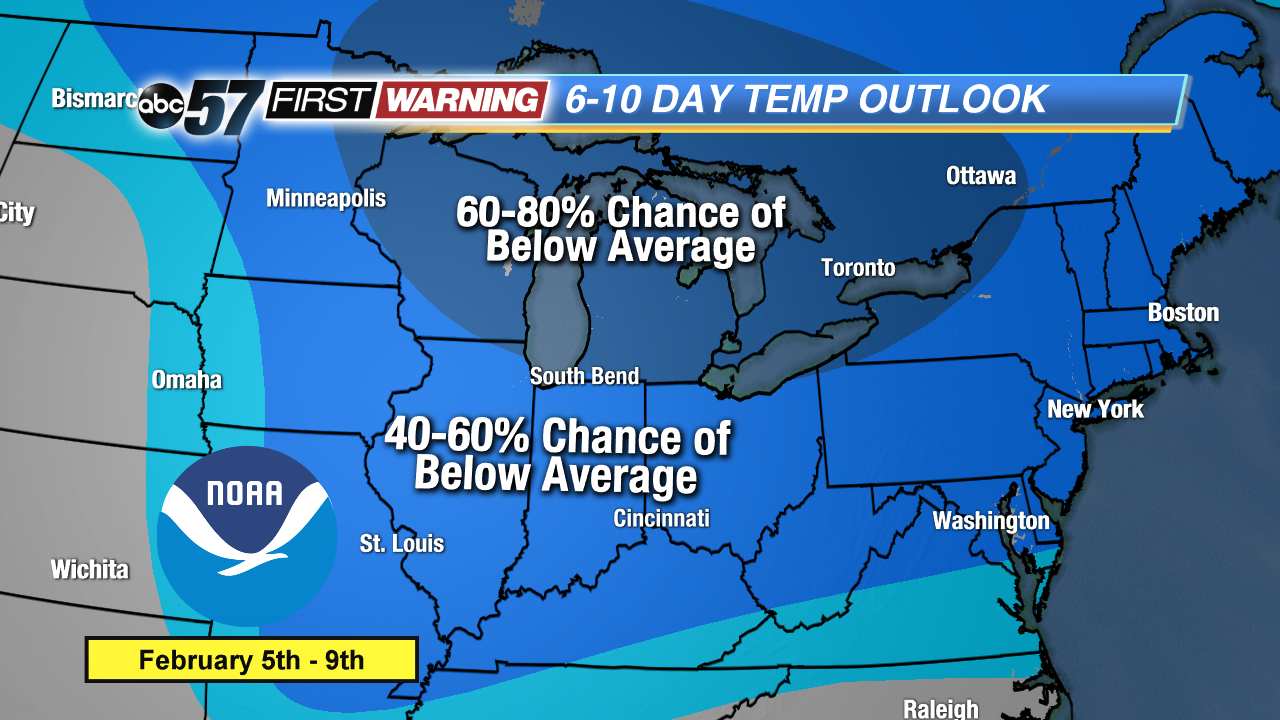 Temperature outlook for the period of February 5th-9th NOAA
The official Climate Prediction Center temperature outlooks mirror what the raw data continue to suggest: cold air for the eastern half of the country. The CPC splits temperature outlooks into a 6-10 day outlook and an 8-14 day outlook. In other words, they are looking well ahead into the month of February. For the period of February 5th-9th, the highest chance of colder-than-average temperatures will exist over the Great Lakes. That does include parts of Michiana. That means we have a very good chance of seeing highs in the 20s to around 30°, if not colder, during that period. 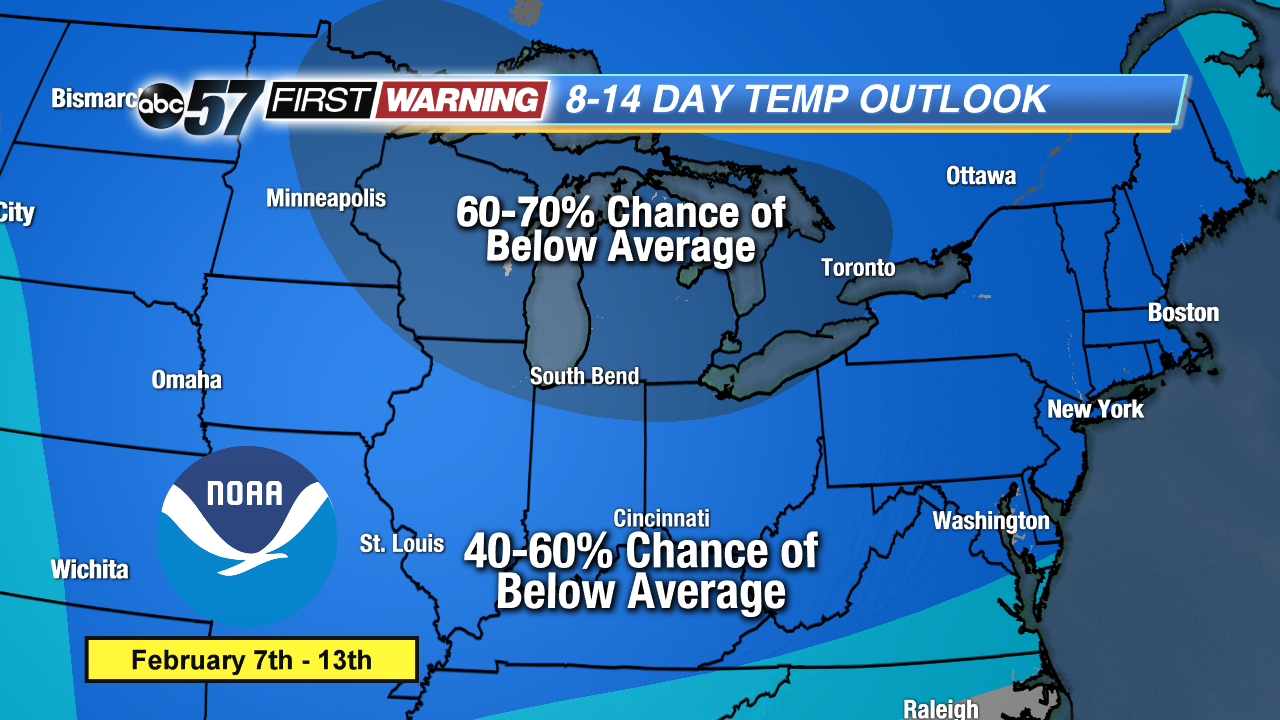 Looking into the second half of February, the pattern will likely remain the same: cold. While not every day will be brutally cold, there will be many more days in the 20s to near 30° than days in the 30s and 40s. Hopefully your heavy winter gear isn't put away quite yet!