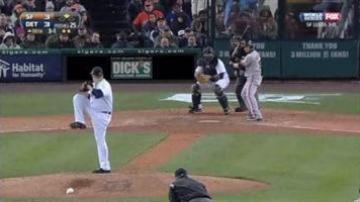 DETROIT -- The San Francisco Giants are the 2012 World Series champs.

Unfortunately for Motor City fans, the Tigers just couldn't manage to claw their way to a victory.

The series sweep caused quite the ruckus in San Francisco.

Crowds of Giants fans filled the streets. Some even celebrated around a fire outside of AT&T Park.