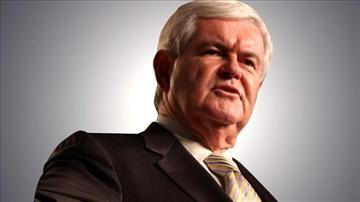 After months of trailing in the pools, Newt Gingrich is making some big decisions about the future of his presidential campaign.

The former house speaker's campaign is struggling, he is low on funds and is in third place, behind  Mitt Romney and Rick Santorum, in The Delegate Count.

On Tuesday, the campaign announced plans to bring in a new campaign manager and cut one-third of it's staff.

Gingrich said, "Clearly, we are going to have to go on a fairly tight budget to get from here to Tampa."

While things seemed to be getting though for Gingrich's fellow candidate Mitt Romney, the front-runner is expected to pick up a big endorsement, President George H.W. Bush.

The two are set to meet in Texas on Thursday.