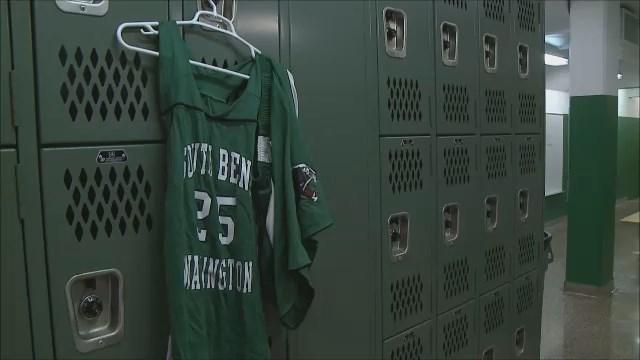 That’s the lesson Coach Steve Reynolds is teaching his girls. The Washington High School girls basketball team began a fundraiser called “20/20” after its equipment suffered the biggest loss this summer. A leak in the locker room ceiling caused mold.

“We had an unfortunate incident where our locker room was, there was mold. Our uniforms were affected, we had our bags, you know they had mold on them as well,” said Steve Reynolds, girls Head Basketball Coach at Washington High School.

Now, each player is asking 20 people for 20 dollars.

“We’re the type of team where we get it ourselves instead of having somebody else do it for us,” said Timberlynn Thomas, a player on the team.

And they’re hoping to raise enough for more than just bags.

“We need, like, jerseys and food and you know we wanna have team dinners,” said Diamond Adams, a player on the team.

“The money that we raise isn’t just about the equipment and the jerseys and so on, but we try to build family because we a lot of time together,” said Reynolds.

While Coach Steve’s motto for the girls is to ‘rise above’, he says they can’t do that without the community.

“One of the things I’m very aware of in South Bend is just the demographic that we’re serving on the west side at Washington High School and our kids – we need resources, we need help, we need help from our community to make this work,” said Reynolds.

The girls say they’re ready for the challenge.

“We can, with the season’s time, find out and get closer and know more about each other,” said Adams.

Coach Reynolds says that if you would like to make a donation to the girls’ fundraiser, just drop it off to an athletic director at Washington High School or their front desk.