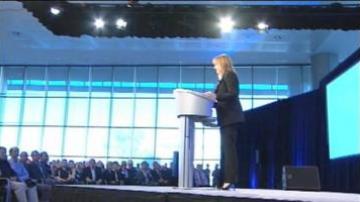 General Motors' C.E.O. Mary Barra is set to appear Wednesday at a government hearing on the ignition switch recall.

Earlier this week, an additional 3 million vehicles were recalled for the same issue.

Barra will join former U.S. attorney Anton Valukas who headed the investigation into the original recall earlier this year.

Both will go before the U.S. House Energy and Commerce Committee.

An earlier report submitted by Valukas indicated the company could have saved lives had it taken responsibility years ago for the faulty ignition switch problem that resulted in thirteen deaths.
Share this article: