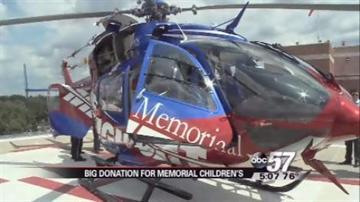 Wednesday the Pokagon Band of Potawatomi Indians made a big donation to the hospital totaling just over $56,000.

The money raised by the 4-Winds Invitational goes towards a new neonatal incubator transport unit for the hospital's med flight helicopter.

"We were not - prior to now - able to transport neonates in the helicopter so the timing took longer to get them either to us or even when we had to transfer out," said the President of Memorial Hospital Kreg Gruber.