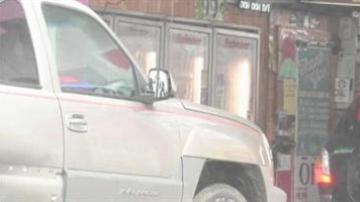 DAYTON, Ohio -- A woman with three of her five children in the car allegedly drove to a drive-through liquor store intoxicated and looking to get more booze.

A Good Samaritan says after watching the woman almost hit the building two times, she had to do something.

She stopped the mother and pulled the kids out of the car. The mom simply said sorry and sped away.

The mother was several months pregnant.

"I was bawling I was crying. My heart just goes out to those poor kids. I'm just glad that I was the one that came to instead of somebody else. You never know what could have happened," said Kelly Miller.

Police later caught up with the mom and arrested her for child endangerment.

The children are staying with their grandparents.