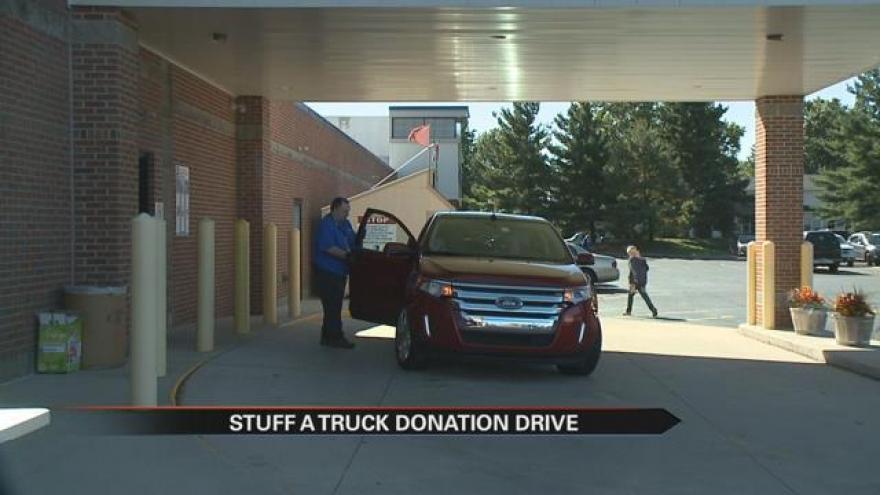 Guy Fisher, the Vice President of Mission Advancement at Goodwill, says there's more to the act of donating.

"The biggest thing we use those donations for again is employing folks, helping them get back into the workforce," said Fisher.

Goodwill's mission is to strengthen communities by empowering individuals and families through education, training and job placement.

More than 100 cars had passed by half way through the morning, but donating isn't the only purpose of this donation drive---it actually goes beyond that.

"When you donate to us, when you shop at our stores we get a real cool opportunity to change people's lives of our friends and neighbors here in Michiana," said Fisher.

Brenda Ford, an Osceola resident, donates to goodwill quite frequently. Ford says she doesn't donate a to get a tax return---rather to know someone will receive good quality things.

"I just do it because I don't want to just throw it away a lot of it is just perfectly good stuff. It's just that we don't use it anymore and we don't want it, but somebody else is going to love it," said Ford.

Donations can be dropped off anytime.