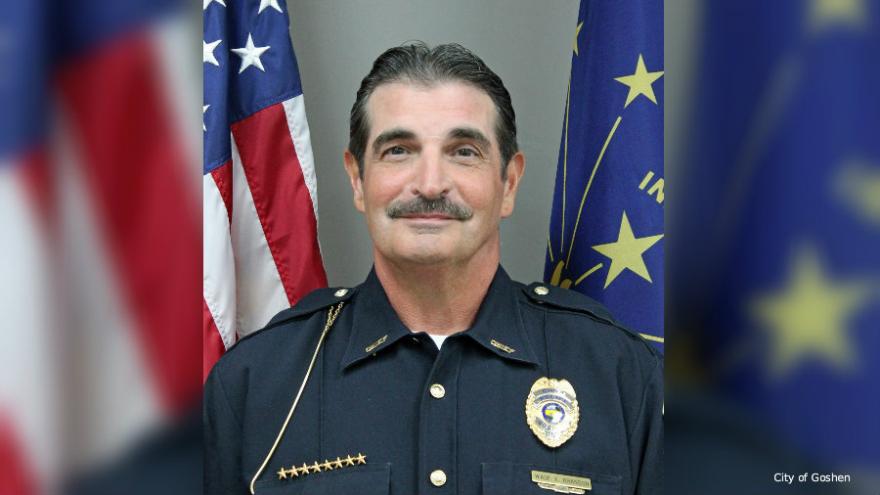 Goshen Mayor Jeremy Stutsman said Branson passed away earlier in the morning after a “courageous fight against cancer.”

Branson was a police officer with the City of Goshen Police Department since 1983 and became Chief of Police in 2009.

Stutsman said he had the honor of presenting Branson with the Key to the City in June.

Assistant Chief of Police and acting chief, Jose Miller, said in a statement:

“This is a heartbreaking time for the Goshen Police Department family. We not only lost our Chief, but we lost our friend. Chief Branson dedicated thirty-five years to this department and the residents of our great community. Chief Branson always put the needs of others before his own. This included his own men and woman at the police department. Even through his vicious battle with cancer, he put others before himself, because he did not want those around him to worry. He was first in line to carry the stresses from the job, but was last in line to take any credit. He was not just a boss, he was a leader. His passing has left a hole in the hearts of all of us. The impact Chief Branson left on this department will never be forgotten.”

In honor of Branson, flags have been lowered to half-staff at all city properties.

Stutsman said, “On behalf of the community of Goshen, we thank Chief Wade K. Branson for everything he has done. Thank you for showing a community what honor, integrity and pride look like. I am a better man for knowing you; our community is a better place because of you! We will never forget!”