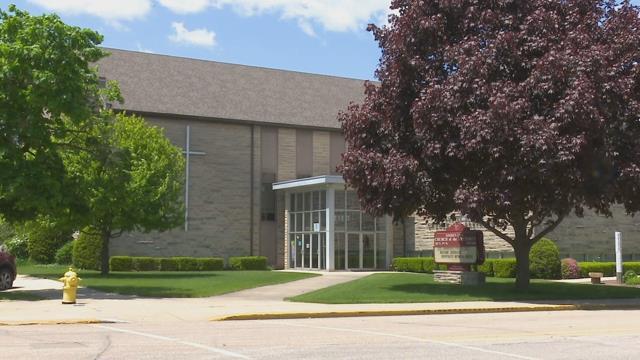 On Sunday a church in Goshen will vote if its pastors will perform and recognize same sex marriages. On Wednesday, ahead of the decision, the community is joining the conversation.

Same sex couples of the Christian faith could have this church as an option.

On Sunday the entire congregation at Goshen City Church of the Brethren will decide if they support their pastors preforming same sex marriages.

Down the street the church’s neighbors are welcoming to the idea.

“As a small businessmen you want everyone to feel comfortable in you store,” says Steven Martin, Owner of Ignition Music Garage.

Martina owns the record store and says as diverse as the music he sells means some institutions need to adjust.

“The church needs to change but the church is usually slower to change than society,” says Martin.

Goshen City Church of the Brethren says the vote on Sunday comes after a year and half of discussion.

“They are going to try to make a decision as a body of people I think our community needs to do the same thing,” says Martin.

All members of the church are welcomed to be involved in the vote.

Church representatives refused to speak on camera but released a statement that reads in part:

“The congregation sees itself as a safe place in the community that provides Christ-centered love and compassion for all individuals -- including those who feel marginalized. This vote is another step in discerning how we, as a congregation, can and should move toward a more loving way of being in community with each other.”

Martin says it's that diversity that attracts him to the community of Goshen.

“This would be a very boring place if we all had the same belief system,” says Martin.