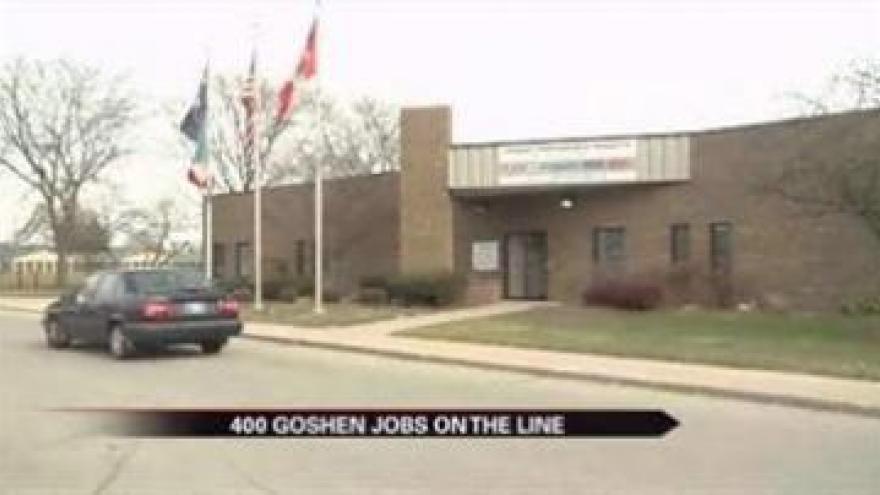 ELKHART COUNTY, Ind. -- More than 400 workers at a Goshen truck accessory plant are living in limbo. Last month Cequent Performance Products announced that it was considering moving its operation to Mexico. Workers thought they would learn the company’s decision on Monday, but now they don’t know when they’ll find out.

"Seems like a lot of people kind of got the cloud over them, you know, not knowing what's going to happen with them, with their family, with their children; you know. We've got the holidays coming up, a lot of people already have the holiday stress going and this is just adding to it,” said Dustin Butler, Cequent employee.

They were hoping to hear whether the company will close up shop and move the operation to Mexico.  Such a move would put 450 workers into the unemployment line.

And it could affect nearby businesses in Goshen, like the Speedway at one of the entrances to the business.

"That's where I stop and get my drinks every morning. We go across the street to Burger King or one of the other restaurants around here and get our lunch every day,” said Butler.

Even the used car company is expecting to take a significant hit in business should the doors close.

"We are probably going to sell about 40 cars less a month, and also have, probably, a lot less of referrals,” said Derek Sainer, General Manager of The Car Company.

All he can do is wait and see, just like the employees next door.

"It just feels like we are being led around on a leash,” said Butler.