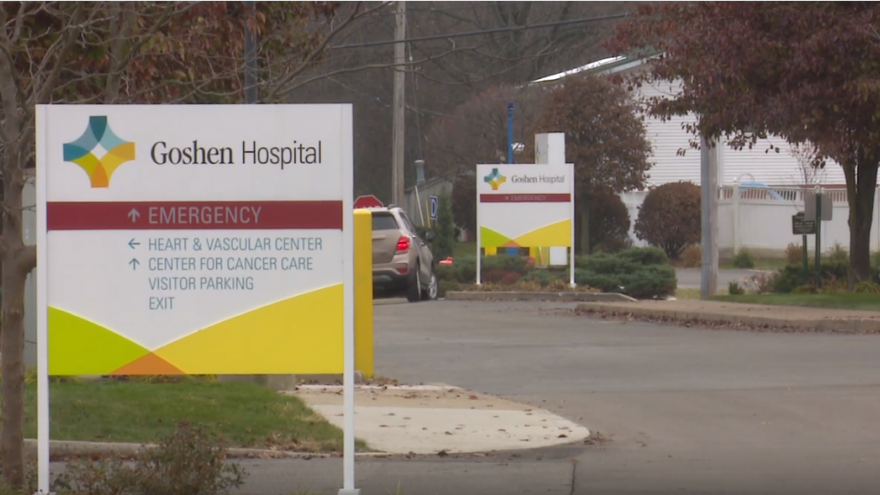 GOSHEN, Ind. – 1,182 surgical patients at Goshen Health were potentially exposed to communicable diseases after their instruments had not been properly cleaned for 6 months.

Monday evening we received a press release from Goshen Health stating that recently they were made aware that surgical patients, who had procedures done from April through September of 2019, were potentially exposed to Hepatitis B, Hepatitis C, and HIV.

Goshen Health explained that the multistep cleaning process was not fully performed on some of the surgical equipment in a limited number of cases.

With the error, the instruments were still cleaned using chemical disinfection and machine sterilization processes which have a large margin of safety, however they could not ensure that the tools were fully sterile prior to use.

Then, on Thursday, November 13th Goshen Health sent out a letter to the patients they think could have been affected. It told patients about how a technician did not perform one of the sterilization steps.

Many patients were upset receiving the letters, especially after reading that the issue began almost 9 months prior and they had not heard anything throughout that time frame.

Deborah Jones has been a patient of Goshen Health for 12 years. She went in for a surgical procedure on June 13th and says that there were no warning signs for her or for her doctor afterwards, until the letter came.

The letter relayed all the information including Goshen’s moves to make things right by providing a hotline for patients to call with questions, (574)-364-2100, and by providing blood testing free of charge.

After receiving the letter, Jones immediately called to make an appointment for a blood test, which she got the next day. Now she is awaiting her test results.

The Elkhart County Health Department said, “[They] have seen no increase in reportable communicable infective disease. I have confidence Goshen Hospital staff are doing everything possible to correct any incidents that do not meet their high standard of safety and care.”

Goshen Health declined an on camera interview and were only able to provide the original statement from Monday night.

However, Goshen Health's marketing specialist, Liz Fisher, was able to answer some questions for me after the show aired.

- They learned about the issues when "an astute individual within the operating room observed that one of the instruments did not appear to be completely clean. That triggered an immediate investigation and out of that process" it was discovered that a step in the sterilization process was skipped.

- The step missed was in the beginning of the process. It was omitted by one technician for a specific instrument in a limited variety of types of surgery.

- The instruments still, however, underwent chemical disinfection cleaning, a machine washer disinfection, and high steam temperature and pressure cleaning as well for long periods of time. This sterilization provides a wide range of safety and reduces many risks for patients. But, because step was missed Goshen Health is going out of their way to make sure no problems are a result and that no patients were harmed.

- We asked if there is a "checks and balances" system in place. Goshen Health said "that nationally hospitals like Goshen Health, have strict accreditation standards through the Joint Commission on behalf of the Centers for Medicare and Medicaid Services. This organization does random visits with extensive reviews that include instrument sterilization."

- Results of the blood tests will take 10 business days to process in the facility.

- Depending on the timing of the patient’s procedure, due to incubation periods of the viruses being tested some patients may require multiple blood tests to ensure a clean bill of health.

- They urge anyone who may have received a letter to make an appointment and use the call lines to have their questions and concerns answered.

- We asked what were the specific “policies and safety measures” being put in place as mentioned in the press release. “When the error was discovered, a cross-functional team of medical professionals was immediately convened to do a root-cause analysis and bring back recommendations. That team took action immediately to correct the problem while identifying processes, policies and safety measures to ensure it does not happen again. This included purchasing additional technology used in only a subset of hospitals across the nation, that further reduce the potential for human error.”