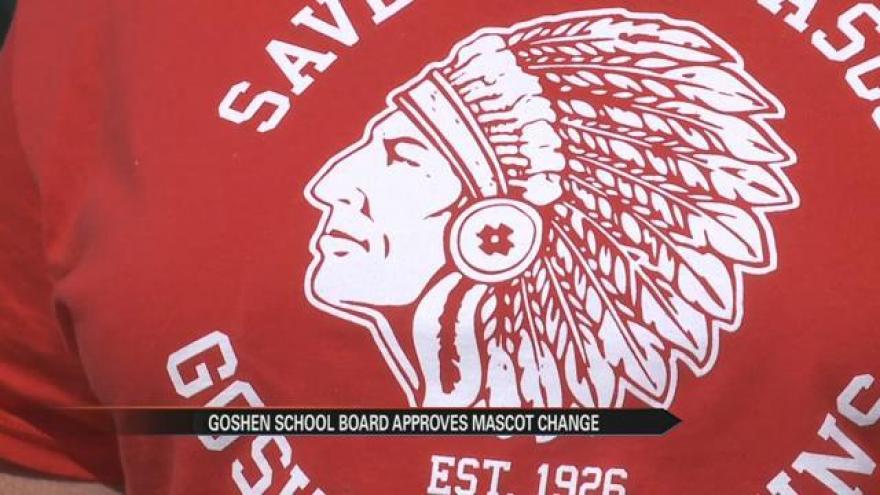 The Redskin mascot is being removed. That's the decision the Goshen school board made at Monday night's board meeting.

Residents on both sides of the issue voiced their concerns during the public comment portion of the debate. Many families, current students and athletes and staff all took to the podium with fiery words.

On one side, you have people with the position that the Redskins name should stay. Some said it's about pride and tradition, not racism. It's been a long standing name for the school's teams and they believe it should stay that way.

On the other hand, you have residents who feel the name is offensive and has to go. Even some native Americans voiced their opposition.

"The conversations that we are having I think are really indicative of a good city that knows how to have tough conversations," said Jeremy Friesen, a Goshen parent. "It's about remembering yesterday so we can move forward tomorrow."

Now the school must decide what the new mascot will be. The Redskin name will officially be removed on January 1, 2016.