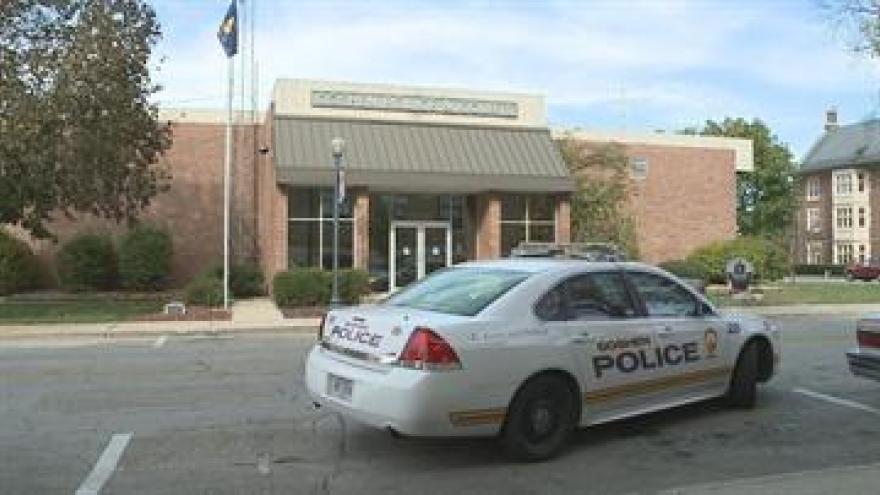 GOSHEN, Ind. – Within one week of the murder of Goshen College Professor James Miller, people around the small town are concerned with a rash of violent crimes in the area.

“I felt it was getting to be more of a violent area and I had to start protecting myself more again,” explained Goshen resident Michael Morse.

One of the ways Morse has started to protect himself is by carrying a gun and he’s thankful he had it on Sunday.  Sometime Saturday a garage on Morse’s property was broken into, when he came to survey what was taken late Sunday night he found the burglars had returned.

“I didn’t really hear anything and then I got outside and then I heard him say ‘run’ and I saw him hit his light so I drew my gun out and aimed it at him and told him to freeze,” Morse described.

Morse held a gun on one of the burglars as the others ran away, he later found the suspect he caught was just 14-years-old.  Goshen police took the teenager into custody.  Morse is thankful nothing worse happened.

“I didn’t want to sit there and have to shoot him over something stupid,” he explained.

But, that robbery wasn’t the only crime that kept Goshen police busy over the weekend.  A man was robbed at gunpoint by four assailants on the 400-block of Brookside Manor and a man was found shot at the Gutierrez Bakery in downtown Goshen.  Given that all these crimes happened within a week of the James Miller murder, some residents have voiced their concerns about crime in the area.

“I think it’s a coincidence that there’s been a spate of this all of a sudden,” explained Mayor Allan Kauffman.

Kauffman said he believes the recent crime wave seems worse than it is because of the increased attention, especially by the media, on crime in Goshen.  He also pointed out that certain facts about the recent crimes don’t necessarily reflect on Goshen.

“If you look at some of those incidents, the people that caused them were from out of town and they aren’t even our own people that are doing it,” Kauffman explained.

Indeed, the four suspects arrested for the armed robbery at Brookside Manor are from either Elkhart or Mishawaka.

“Bad things happen in good places and Goshen’s a good place and bad things can happen even there,” Kauffman described.  “It doesn’t mean Goshen’s any less safe today than it was two-weeks-ago.”

City leaders understand that the shocking nature of the Miller murder already had residents on edge and the recent crimes, coincidental are not, are sure to make people nervous.  But, Mayor Kauffman is confident Goshen is still a safe place.

Kauffman doesn’t believe there’s necessarily been any escalation in violence, so he said there are no plans to boost the police department.

“Not because of a three-day, what I think are coincidences that are batched together,” he explained.  “There’s no reason to add to the police department because of a few things that happened in the last week.”

Goshen Police Chief Wade Branson agreed that crimes come in cycles and that he also believes the recent spree is just an unfortunate coincidence and not a reflection of the level of crime in Goshen.