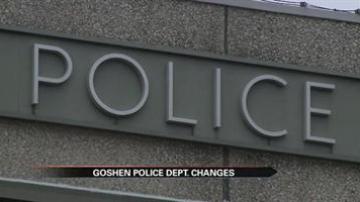 Big changes are on the way to Goshen's Police Department.

The city council voted to change how the department will be structured for 2014.

The department will get rid of two positions, an Assistant Chief and a Detective position. Instead they will hire two division chiefs.

One chief will be responsible for police officers on patrol while the other will be in charge of investigations.

Several officers spoke out against the shake-up at Monday's meeting.

"I think the biggest concern is that they are eliminating tested positions on the police department for a number of years and replacing those with appointed positions," said one officer.

The chief is considering a family member for one of the new positions but ultimately most officers say they trust the chief's judgment in hiring the most qualified person.