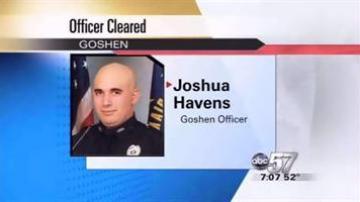 GOSHEN, Ind. -- The Elkhart County grand jury has decided not to pursue criminal charges against a Goshen police officer.

Officer Joshua Havens was under investigation for a deadly shooting. Havens shot and killed 47-year-old Melvin Bledsoe after a chase back in September.

Officers say Bledsoe led them on a pursuit from New Paris to East side of Goshen The agencies involved in the chase are currently reviewing their chase polices.