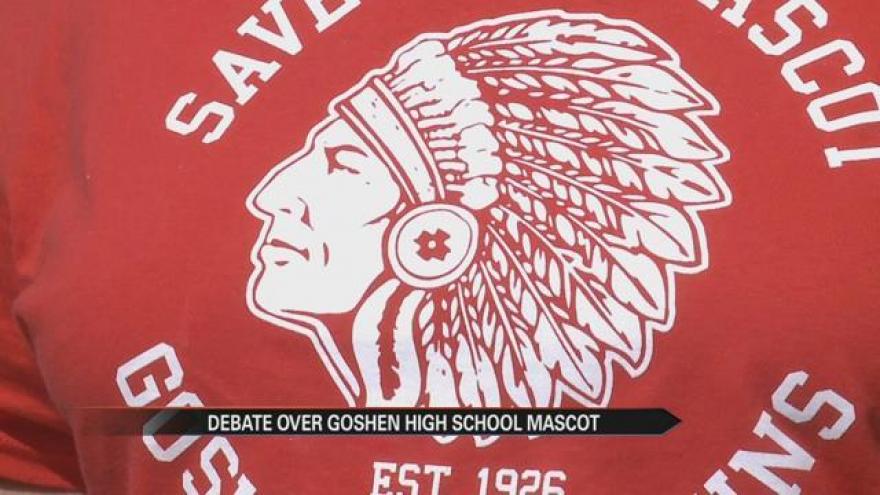 A tradition that has deep roots in the community of Goshen was discussed at Monday night’s school board meeting.

Many raised their voice on both sides of the argument, and the school board made a 5-2 decision to retire the Redskins mascot on January 1, 2016.

Redskin football is a tradition that runs deep for Terri Turner.

“These guys are football players. They have to do it and it’s for the Redskins,” Turner says.

She comes from a long line of Goshen Redskin athletes, so when her son Cheucko faced many medical issues, she used football as a motivator to overcome illness.

“Being a Redskin. That is all we have heard since Cheucko has been two. He says, ‘They can’t take our Redskins away, Mom!’” says Turner.

The decision to take away the Goshen Redskins mascot was on the table of Monday night’s school board meeting as they listened to both sides of the argument.

“I too have strong feelings on this case and hope none of you would feel comfortable using the R-word to my face,” says Goshen resident Rochelle Hershberger, who is of Tsimshian descent.

She says a name some describe as tradition is offensive to her culture.