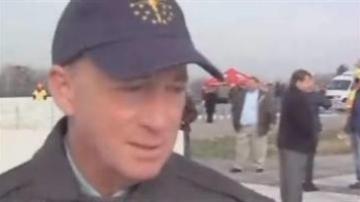 INDIANAPOLIS -- Mitch Daniels is stepping down after two terms as governor of Indiana.

Now he's looking to his future as the president of Purdue University. He wants to take a new direction in life.

Daniels also mentioned why he's happy about not running for president.

"I’ve never talked about that phone call, but since John did it was an honor, but it was also one of, oh dozens,” said Daniels. “If I was ever going to do such a thing 2012 was the year to do it. I don't know that it would have worked out, odds are it wouldn't have. This was the time and I’m convinced I made the right call."

Starting in January, he will become the next president of Purdue University, so he can continue his focus on education.