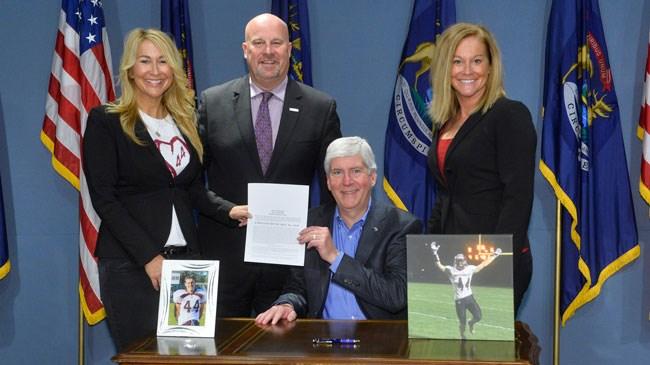 Michigan Governor Rick Snyder on Tuesday signed legislation that extends the Good Samaritan law, which offers limited immunity to those who call first responders to report a drug overdose.

The law was sponsored by Al Pscholka, R-Stevensville and was inspired by the death of Mason Mizwicki, a Watervliet teen who died of a drug overdose because his friends were afraid of prosecution if they called for help.

Mason’s mother Lori Mizwicki, and his aunt Brandi Huyser, who advocated for the bill, attended the ceremonial signing on Tuesday.