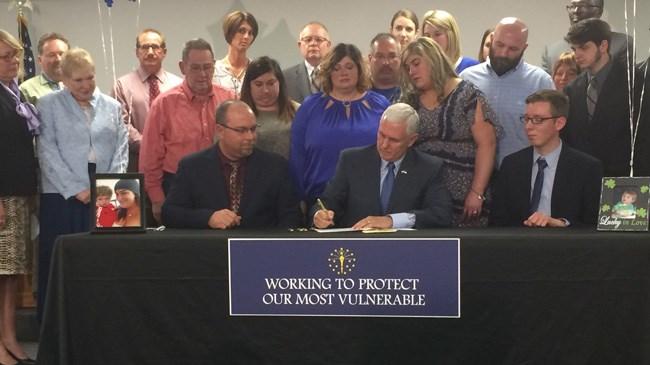 Governor Mike Pence ceremonially signed 'Kirk's Law' while in Goshen Thursday. The law was inspired by the death of 19-month-old Kirk Coleman, of Elkhart.

His caretaker is facing a battery charge related to his death.
Senate Enrolled Act 357 requires the creation of a registry of people convicted of a crime of child abuse.

The public will be able to search the database.

“Senate Enrolled Act 357 is about protecting our most vulnerable Hoosiers – our children,” said Governor Pence in a press release. “This bill provides parents a way to make sure the person they have chosen to take care of their child has not been convicted of child abuse. It is my hope that this child abuse registry will become a resource to help ensure that no child is left with someone who may harm them.”