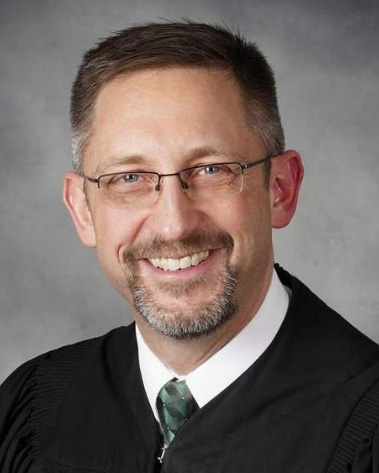 “To select a member of our state’s highest court is a great responsibility, one I am humbled to make on behalf of Indiana’s citizens.” Gov. Holcomb said in a press release. “I am glad to share that we have an outstanding appointment in Christopher Goff. He has profound respect for the Constitution and the rights and principles embodied within it. What’s more, he is a critical, forward thinker with the ability to relate to everyday Hoosiers. These qualities make him uniquely qualified to serve.”

Goff was appointed to the Wabash County Superior Court in 2005, where he maintains a general civil and criminal docket.

“The Indiana Judiciary welcomes Christopher Goff to the Supreme Court,” Indiana Supreme Court Chief Justice Loretta Rush said in a press release. “The legal profession and his local community already know of Judge Goff’s superb legal abilities; now the entire state will benefit from his wisdom and integrity. He is a faithful servant to the Constitution and the laws of our great state and nation. Governor Holcomb and his team have our gratitude for the tremendous work they put into the appointment of Indiana’s 110th Justice.”

“To say that I am humbled in this moment would be an understatement. I am about to follow in the footsteps of one of the greatest jurists in the history of our great state,” Judge Goff said in a press release. “In doing so, I am keenly aware that I am not replacing Justice Robert Rucker; I am merely succeeding him. The weight and responsibility of this role certainly are not lost on me. I can only hope that, in time, through humility, hard work and a lot of help from others, my service on the court will help make Indiana an even greater place than it already is.”

Goff earned his undergraduate degree at Ball State University in 1994 and his law degree from the Indiana University Maurer School of Law in 1996.

He is a member of the board of directors of the Judicial Conference of Indiana and Chair of the Indiana Judicial Conference’s Protection Order Committee He regularly serves as faculty for the Indiana Judicial Center and provides statewide training for judges and court employees.  Goff also is a member of the Wabash County Community Corrections Advisory Board. He is a member and past vice president of the board of directors for the White’s Residential and Family Services. Judge Goff previously served in leadership roles for the Wabash County YMCA, the Wabash County Chamber of Commerce, and the Huntington County Bar Association.

A date for Goff’s robing ceremony will be determined by the Indiana Supreme Court.