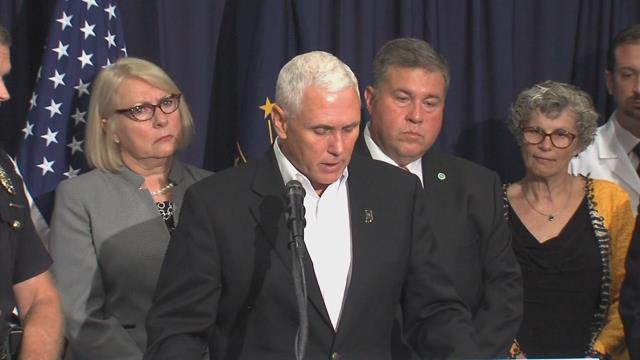 Tuesday, Governor Mike Pence announced the formation of a statewide anti-drug abuse task force and soon South Bend will be one of three Hoosier cities at the center of this initiative.

Governor Pence says this latest executive order is about curbing the number of families impacted by drug abuse.

Indiana ranked 16th in the number of heroin deaths nationwide.

So now the governor is taking what he calls a comprehensive approach to combating this statistic.

According to the governor, the state saw a 500 percent increase in the rate of drug overdose deaths from 1999 through 2009.

Over the next three months the task force will hold public meetings in Indianapolis, Evansville and South Bend.

Those meetings will discuss strategies for tougher law enforcement, treatment options for those seeking help and preventative measures to keep drugs off of Hoosier streets.

"I am calling on the members of the task force answer the questions starting today of how can we maximize all existing resources and look for new opportunities to develop a comprehensive, new statewide approach to combat drug abuse,” said Governor Pence.

The first public meeting will be held September 16 in Indianapolis.

South Bend will be the final stop for the task force and that meeting will be held November 19.