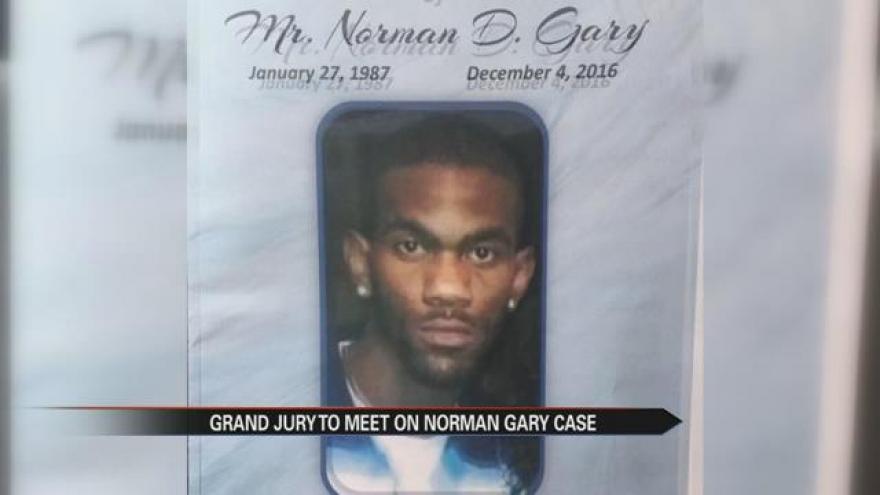 Today, a grand jury will meet behind closed doors to discuss the evidence in the shooting death of an Elkhart man last December.

29 year-old Norman Gary was shot and killed after exchanging gunfire with two Elkhart police officers in the early morning hours of December 4th, 2016.

Officials say while they were on the scene, they heard sounds of shots fired near the 1800 block of Decamp Avenue. The two police officers followed the sounds of the gunshots.

Eventually, police exchanged gunshots with two people inside of a vehicle that was leaving the scene. Norman Gary was killed and 22-year-old Jazzlyn Crase was hurt. Police said two others 24 year-old Delanos Johnson and 21-year old Shawn Scott were shot, but not by officers.

After the incident, the officers, Sergeant Nathan Lanzen and Corporal Leonardo Dolshenko, were placed on paid administrative leave.

Norman Gary’s family and the Elkhart community were on edge pleading for answers.

Some questions in the case haven’t been answered. We still don’t know if one of their bullets struck and killed Gary, what led up to the incident or what took place after.

Monday’s court proceeding begins at 8:30 A.M. at the Elkhart County Courthouse. The media and the public are not allowed inside of the courtroom.