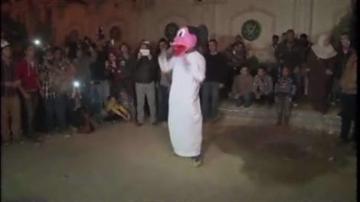 GRAND RAPIDS, Mich. -- It's an internet dance craze that has already made its way through Michiana, but students in Grand Rapids have been suspended for it.

Our partners at Michiana News Channel say nine high school students performed a version of the "Harlem Shake" during class. The students were suspended for two days as a result.

They filmed themselves dancing on Thursday and posted it online.