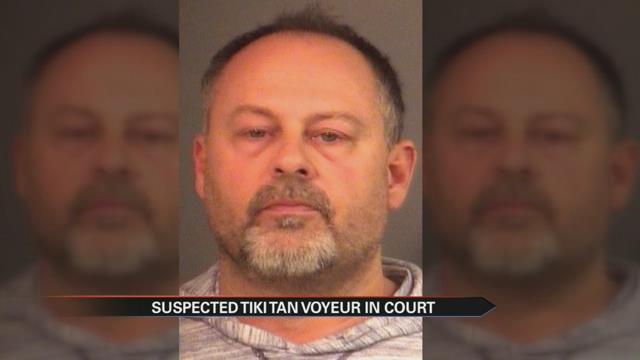 The Granger tanning salon owner accused of filming a female client while spray tanning her made his first court appearance Tuesday.

Al Reasonover, 51, is facing felony charges of attempted voyeurism and obstruction of justice.

“I would speak for the tanning industry in general when I say that that is definitely something that wouldn’t normally happen,” Malibu Tanning Regional Sales Director Marie Paquin said.

Paquin was talking about a male spray tanning a female client, which is exactly what Reasonover was doing when he was accused of secretly filming his client last April.

At Malibu Tanning, Paquin said only women are certified to spray tan clients, and if a man wants a spray tan, he is not allowed to fully undress.

Now, Reasonover’s business, Granger’s Tiki Tan on West Cleveland Road, is closed and the inside has been emptied out. Recently, a tarp has been draped over the salon’s main sign.

Because of this incident, Malibu Tanning is now honoring Tiki Tan’s tanning packages.

“We are extending an offer for any of Tiki Tan’s clients that either tanned at that salon or just are not comfortable at tanning at Tiki Tan anymore,” Paquin said. “They can bring in their receipt or a bank statement showing what they purchased and we are honoring their packages.”

As for Reasonover, he dodged ABC57’s camera after his court appearance on Tuesday.

Though the Reasonover family has not responded for comment, one of Al’s sons recently posted a Facebook status about his dad, saying in part, “My dad is a great dad, and has done so much for the community…the truth will be revealed.”

If you had any type of a package deal with any Tiki Tan in Michiana, you can go to any of the eight Malibu Tanning locations in Michiana and your deal will be honored.