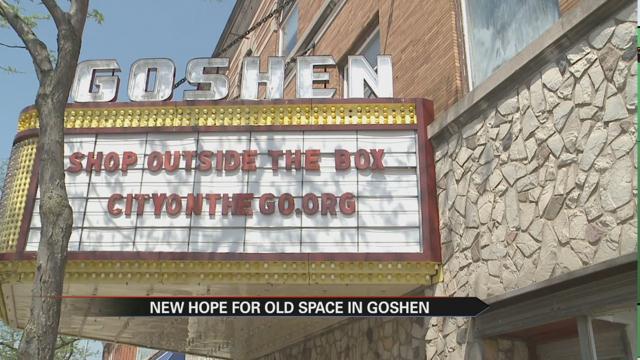 A building in downtown Goshen that is over 100 years old will be getting a face lift. The Goshen Theater has not been updated since 1948.

Over the years it has had multiple owners but just last summer a non-profit group called Goshen Theater Inc. bought the building and is working to make it safe for the community to enjoy once again.

“The Baptist church was ready to put on a Christmas pageant in the theater inviting everybody and discovered they could not because of the condition of the theater,” says resident Linda Meyers.

Living in Goshen for 20 years, Meyers says the Goshen Theater is a staple to the city.

“No. I do not want to see it crumble,” says Meyers.

Gina Liechty, the theater's director, says this money will allow for the community to step through the theater doors very soon.

“The building hasn't had a serious upgrade since 1948,” says Liechty.

The renovation will include a wide variety of updates from the seats, to the stage, to the plumbing.

“We really want to make it available as a rental space for the community and also to put on some performances of our own,” explains Liechty.