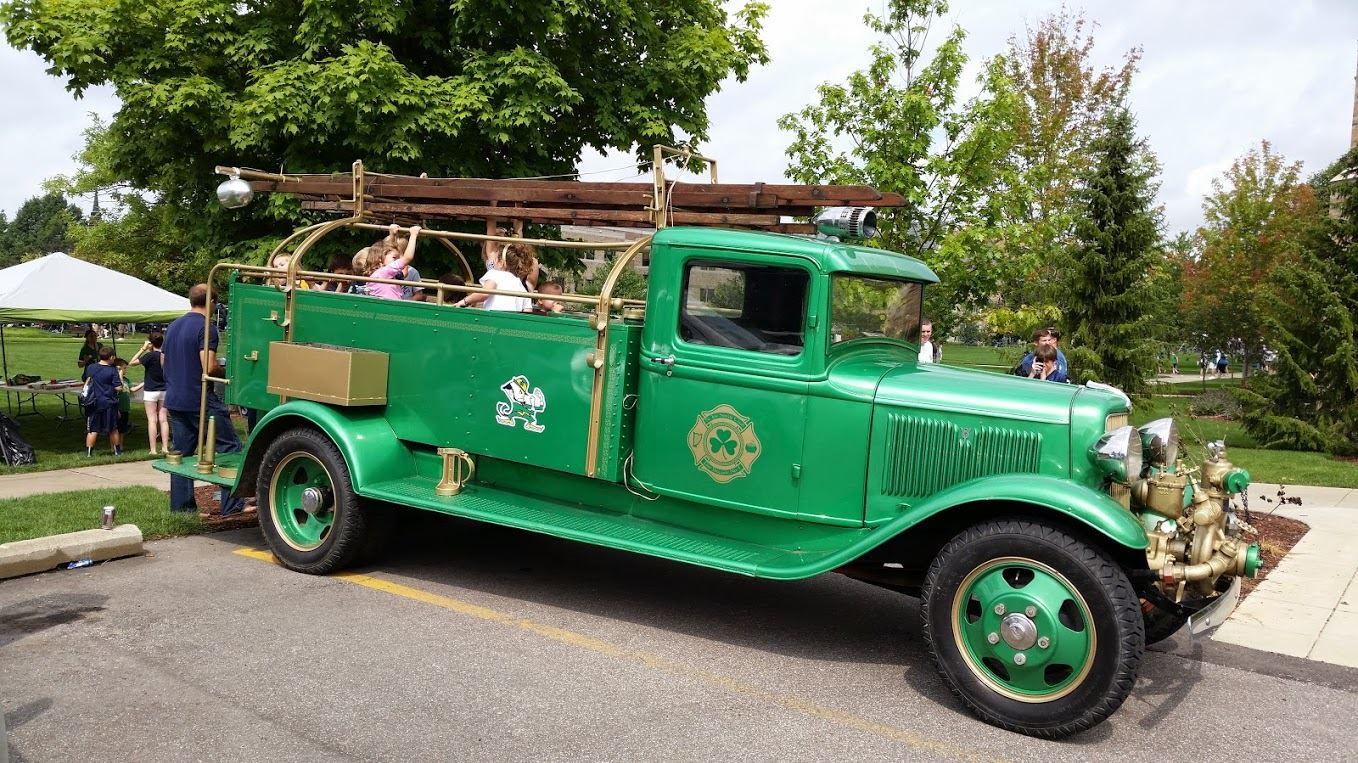 Five years ago, he and some buddies had a crazy idea.

“I think all of the wives think we’re insane. We really wanted to take our game up a little bit. We had been building floats with for a few years and we realized we wanted to get in the front of the parade and the best way to do that was with a fire truck,” said Cox.

80 years ago, this fire truck looked a lot different that it does today.

“There’s some great history to it. It’s a 1934 ford fire truck. It came from Watervliet, Michigan, where it was originally the fire truck for the city up there,” said Cox.

The two are inseparable.

“When we have the dog or the kids, they’re getting a charge out of it, as well. They are waiving at everybody and cheering on the Irish,” said Cox.