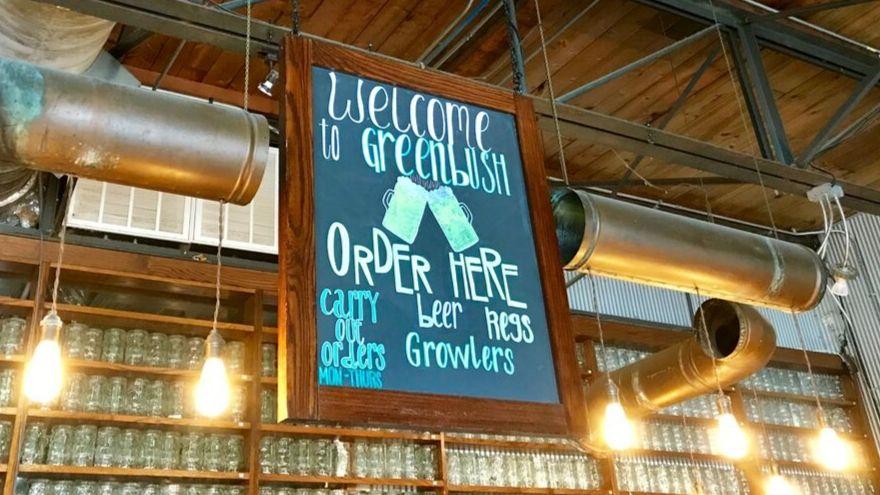 “We were really just planning on being a ‘mom and pop,’ small spot,” said Chief Operating Officer Justin Baney.

The new brewpub is under construction and is set to open sometime in late October or early November in Erskine Plaza, in a space attached to the Martin’s grocery store, near the U.S. 31 and U.S. 30 intersection.

Baney says that one of the main reasons for opening up a second location in South Bend was that a lot of the roughly 4,800 Greenbush lifetime membership holders were from Indiana.

If you walk into the Sawyer location on a summer evening, you might be faced with upwards of a two hour wait. Baney says he hopes the new location will help solve that problem.

The new location will bring a lot of the Greenbush customers’ favorites down to South Bend, including their specialty brewed beers, homemade bacon and spice rubs, and scratch kitchen specialties.

“It’s an opportunity to see what we can do,” Baney said.

Greenbush Brewing Company opened in 2011 in Sawyer with a seven-barrel brewing system serving six different beers and pretzels and cheese.

Over the last eight years, the brewery has added food items and events. The original copper brewing system sits above the door as a nod to the brewery’s beginnings.

“We’ve expanded from literally three employees to over 80,” Baney said.

The new South Bend location will be the brewery’s second and its first in Indiana.

“I feel extremely welcomed by the people of South Bend,” Baney said. “It will definitely have a tribute back to South Bend. There’s a lot of cool antique stuff from car making companies, Studebaker. We’ve got our hands on some really neat artifacts.”

In addition to the new location, Greenbush Brewing Co. has begun selling packaged beer in retail locations in Kentucky. The beer will be distributed in Ohio starting October 1.

The Sawyer Greenbush Brewing Co. will be hosting a pumpkin shot-put event at their Harvest Party on September 28.