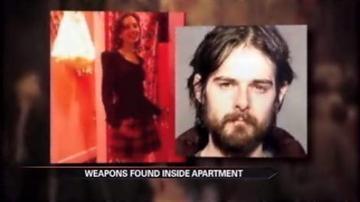 NEW YORK — Police are investigating a Greenwich Village couple for allegedly stashing an arsenal of weapons inside their apartment.

New York City police said that Aaron Greene, 31, and Morgan Gliedman, 27, had deadly homemade weapons, a terrorist encyclopedia, nine rifle magazines and dozens of other weapons and bomb making materials inside their apartment.

The weapons and highly explosive chemicals forced police to evacuate the entire building.

Police said the couple had no known links to any terrorist organizations.

It is unclear what the two planned to do.