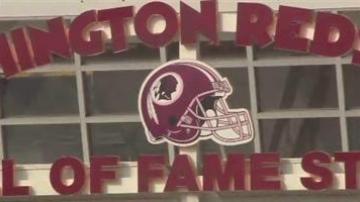 A group of Native Americans is pushing for the Washington Redskins to drop the name and logo.

The Redskins have had the nickname for nearly 80 years and for about 50 them, Native Americans have tried to get them to drop their name and logo.

The group is arguing before a federal trademark board that the team should lost its trademark protection given by the government.

But they are still targeting the nickname.

"Our people were skinned. That's the history that we want to just bury at long last—and this revives it," said Suzan Shown Harjo of the Morning Star Institute. "This keeps it going and makes it possible for all sorts of other racial slurs to be used against us."

Under pressure and news rules from the NCAA, several colleges have dropped Native American nicknames in recent years.

However, no pro sports franchises have dropped Native American nicknames in recent memory.