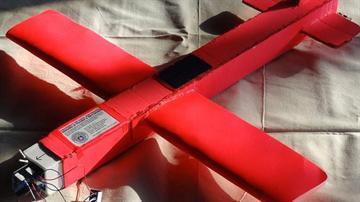 The Fox Valley Composite Squadron, a unit of the Civil Air Patrol, is offering a reward for their lost paper aircraft they hoped would help them set the Guinness World Record for highest paper airplane flight from a high altitude balloon.

On December 28, the squadron launched the paper airplane aboard a large, high-altitude helium balloon from the Kankakee Airport.

It is believed the plane landed in Marshall County Indiana.

The plane was tracked northwest of Plymouth at 85,153 feet when it experienced a failure. It was last tracked at 54,981 feet.

The Civil Air Patrol has attempted to locate the paper plane but has been unsuccessful in getting a hit on the transmitter.