Group of scientists stuck in Antarctic 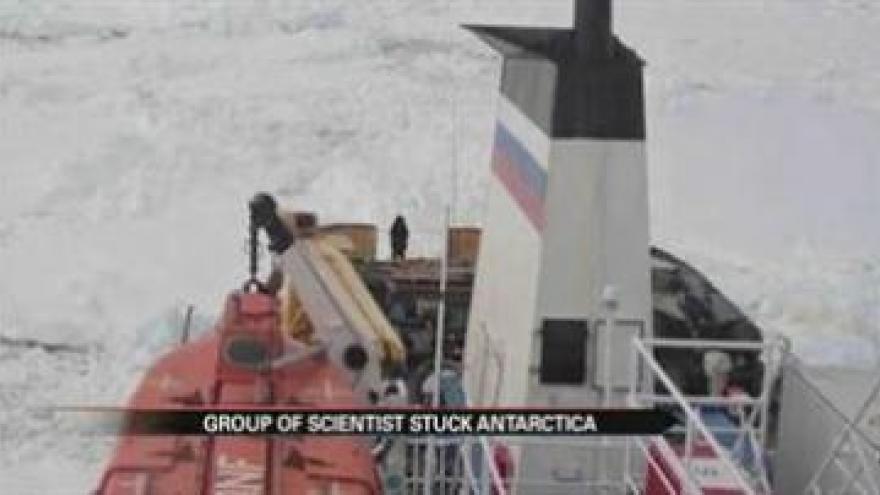 A group of researchers and tourists are still waiting for help after becoming stranded in the Antarctic.

Friday, their ship was caught in ice in one of the coldest places on Earth.

Despite the dangerous situation the group seems to be holding up.

"Morale is remarkably high. We had a great Christmas. We've just been unfortunate-- incredibly unfortunate. We're deeply frustrated not getting out to the open ocean," said professor, explorer, and scientist Chris Turney.

The first two ice-breaking rescue ships are expected to get to them Saturday.