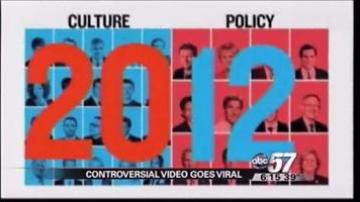 WARSAW, Ind. -- A non-profit group homes the power of the internet can help bring down an African Warlord.

Their online film went viral and had 36 million hits in just three days.

The film was made by a group called Invisible Children and it shines a spotlight on Joseph Kony.

Kony is the leader of a guerrilla group in Uganda.

He forces children to become sex slaves, soldiers and some are forced to kill their own parents.

The group was in Warsaw in November, members hope the video will lead to Kony's arrest.

Zach Barrows, with the organization said, "This idea that human beings we see each other all around the world and we can protect each other.  We don't have to rely on government."

Celebrities are even helping the video gain popularity. Oprah, Rhianna, Justin Bieber and P-Diddy all spread the message on Twitter.