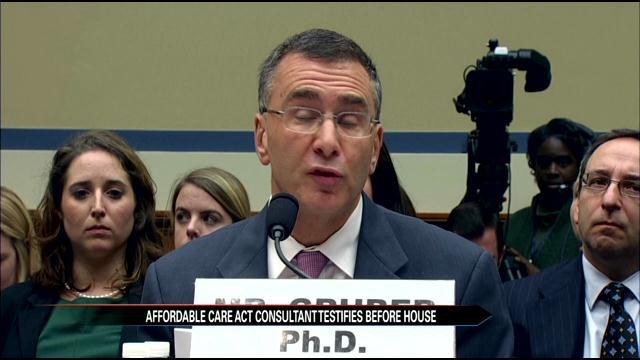 On Tuesday, the House of Representatives received an apology from economist and Obamacare consultant Jonathan Gruber.

Gruber has been under fire recently after a video surfaced showing him saying it was “stupidity” of American voters that got the Affordable Healthcare Act to pass.

Gruber also suggested in that video, the Obama Administration was not completely transparent about the act.

The comments could help in a Republican effort to repeal the Affordable Care Act.

During his testimony Tuesday in front of the House, Gruber said his comments were thoughtless and insulting.

“I sincerely apologize for conjecturing with the tone of expertise…and for doing so in such a disparaging fashion. It's never appropriate to make ones self more important or smarter by demeaning others. I knew better, I know better. I'm embarrassed, and I'm sorry.”

Gruber insisted he does not think the Affordable Care Act was put forth in a nontransparent fashion, and he called it a significant law that benefits the public.
Share this article: