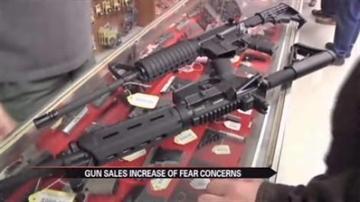 They are afraid the government will use the Connecticut school shooting as justification for limiting access to guns.

ABC57 stopped by a local gun store that has seen an increase in customers.

The ABC affiliate in Fort Wayne found the same thing.

President Clinton put a ban on assault rifles back in 1994. It remained in effect until 2004 when the bill expired.