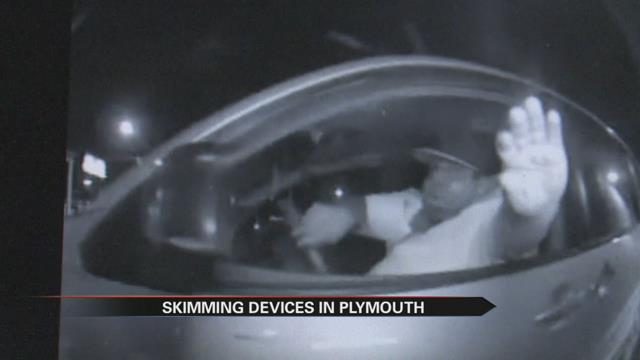 In September, ABC57 first reported that ATMs were becoming targets. People were attaching devices to them, and stealing personal information.

Now, detectives believe those skimmers are about to make their way back to Plymouth.

They call them a gypsy team. A group of people who police say are responsible for putting skimming devices on several ATMs across parts of Michiana.

"They travel through, and they attach these, and they go back maybe a day later, maybe hours later," says Det. Sgt. Jim Cox of the Plymouth Police Department.

He adds, "there may be 10, 20 victims on that. And they pull that off, and they're going down the route.

And you may not even realize you've been hit, until your money starts vanishing.

"With that being attached, that will take your card and read your, or anybody's, credit card, when they insert that in the card reader," explains Det. Sgt. Cox. "They get the data off of that.

Det. Sgt. Cox says, especially during the holidays, it's important to be aware and protect yourself as best you can/

"You always want to cover the key pad or number pad with hand, so they cannot get any identification," says Det. Sgt. Cox. "They may get your identification off your card, but they're not going to be able to access it with your number."

Law enforcement is working hard to identify and help prosecute these suspects. But it's no easy task.

The cases have been turned over to the Secret Service, and they're working with the FBI.

"We're not taking this lightly," adds Det. Sgt. Cox. "We're trying to do everything we can."

The Plymouth Police Department says, if you're going to use an ATM or gas pump, choose the ones closest to the door.  They also say, pull on the card reader to make sure there is no skimmer on top of it.

If you know anything about these skimming suspects, contact your local law enforcement.