Haley: Despite Jerusalem announcement, US won't 'weigh in' on city boundaries 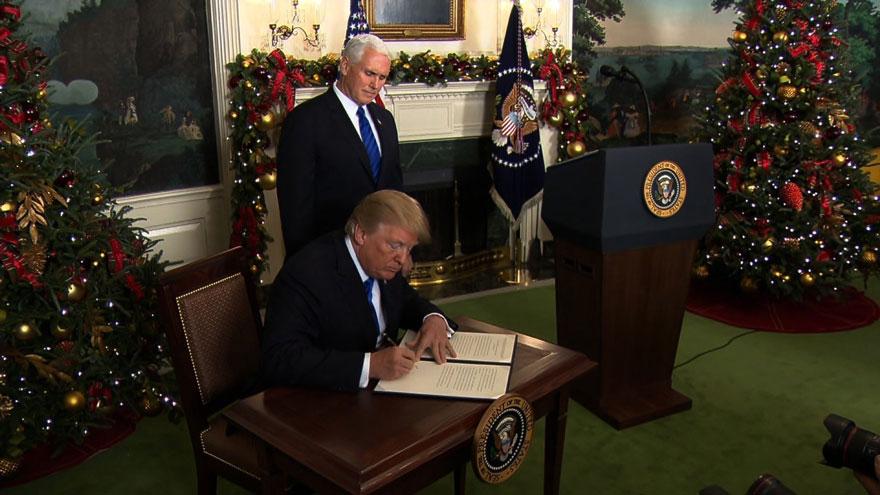 (CNN) -- US Ambassador to the UN Nikki Haley said that despite President Donald Trump's recognition of Jerusalem as Israel's capital, the US will not take sides on ownership of the eastern and western portions of the city, including the boundaries of the Old City.

"We didn't say anything about any part of Jerusalem," Haley said Wednesday on CNN's "The Situation Room with Wolf Blitzer."

She said decisions about the ownership of portions of Jerusalem should be made by the Israelis and Palestinians, both of whom claim the city as their capital.

"That's for the two sides to decide," Haley said. "That's not for the United States to decide."

Asked specifically about the Old City, an area in the eastern side of Jerusalem where key holy sites are located, Haley again said the US had not taken a position.

"We are not gonna weigh in anymore on that out of our commitment for the peace process," Haley said. "We don't want to pick a side on this."

Trump on Wednesday delivered a speech where he broke with decades of policy in the region by recognizing Jerusalem as the capital of Israel and announcing his intention to move the US Embassy in Israel, eventually, from Tel Aviv to Jerusalem.

But Haley said Wednesday that this move does not shift other US positions about Israel and the Palestinians, including on controversial Israeli settlements on land that the Palestinians and much of the international community regard as occupied.

"The US was not talking about, in any way, settlements or anything else," Haley said. "This is just talking about the embassy being in the capital of Israel. We have long said that settlements are not a good idea. The Israelis, they are very familiar with us telling them that we don't think it's a good idea, especially when we're moving through this peace process. We're going to continue to say that."

Haley said the move was simply a long-awaited move by both Democrats and Republicans to recognize Jerusalem as Israel's capital, which the Israeli government already does, and she said it is not yet settled where the embassy will be within Jerusalem, whether in the western portion of the city or the eastern.

"The United States has always put embassies in the capital," Haley said. "And so if you look at that, this is just common sense."

"President Trump just destroyed any possibility of a two-state (solution)," Erekat, who is also the Palestinian chief negotiator, said in a statement.

In response to Erekat, Haley said, "Anytime we make a decision, we get positive and negative reactions."

She called on both sides to seek a peaceful resolution and said the US remains firmly committed to reaching one.