Haley: North Korea has brought the world 'closer to war' 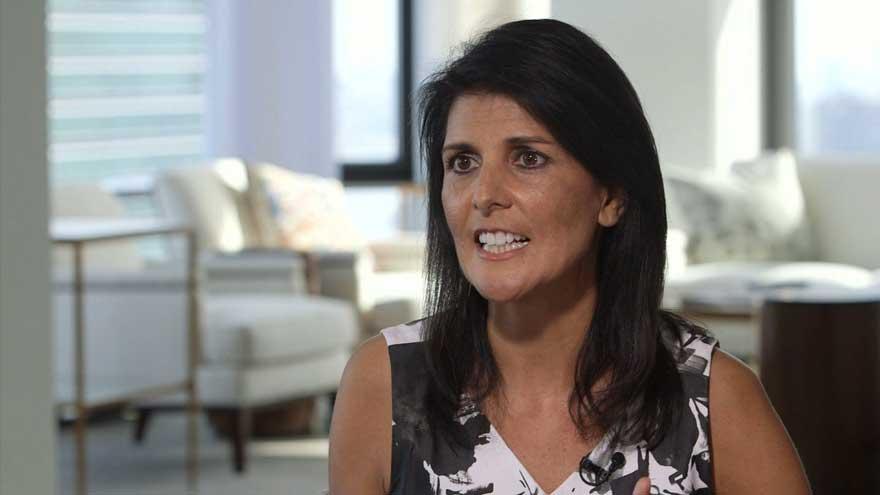 (CNN) -- Members of the United Nations Security Council strongly condemned North Korea's successful launch of an intercontinental ballistic missile during an emergency meeting in New York on Wednesday, during which US Ambassador to the UN Nikki Haley said the rogue regime's actions have brought the world "closer to war."

"The dictator of North Korea made a choice yesterday that brings the world closer to war, not farther from it," Haley said. "We have never sought war with North Korea, and still today we do not seek it. If war does come, it will be because of continued acts of aggression like we witnessed yesterday."

"And if war comes, make no mistake, the North Korean regime will be utterly destroyed," she added.

Haley requested the emergency meeting with her counterparts from South Korea and Japan shortly after North Korea's launch on Tuesday.

"Yesterday, the North Korean regime made a choice. It chose to feed its nuclear aggression. It chose to thumb its nose at the civilized world. It chose to challenge the patience of a world united against its recklessness," Haley said.

"As successful as we have been in leveling multilateral sanctions against it, the North Korean regime continues to test new and more powerful missiles. And as it does, it continues its march toward a functional nuclear arsenal," she said.

Haley stressed that the nations of the world "have it within our power, to further isolate, diminish, and, God willing, reverse the dangerous course of the North Korean regime" and called on all nations to "cut off all ties with North Korea.

"In addition to fully implementing all UN sanctions, all countries should sever diplomatic relations with North Korea and limit military, scientific, technical, or commercial cooperation," she said. "They must also cut off trade with the regime by stopping all imports and exports, and expel all North Korean workers."

North Korea claimed Tuesday to have successfully tested a new type of intercontinental ballistic missile, topped with a "super-large heavy warhead," which is capable of striking the US mainland.

The country's state media made the announcement Wednesday, hours after leader Kim Jong Un ordered the 3 a.m. launch of the Hwasong-15 missile, which reached the highest altitude ever recorded by a North Korean missile.

State news agency KCNA called its so-called new missile "the most powerful ICBM" and said it "meets the goal of the completion of the rocket weaponry system development.

After the launch, Kim said North Korea had "finally realized the great historic cause of completing the state nuclear force," according to KCNA.

The launch was the first since September, and came despite repeated warnings from President Donald Trump who told reporters at the White House after the launch that the US "will handle" the situation.

"We will take care of it," the President said.

The war of words between Washington and Pyongyang continued early on Wednesday as Trump tweeted that "additional major sanctions will be imposed on North Korea ... this situation will be handled!" and later called Kim "a sick puppy."

At the UN Haley also noted that Trump called Chinese President Xi Jinping, telling him it was time for China to cut off oil supplies to North Korea.

"We need China to do more," she added.

Haley also suggested the removal of North Korea's voting powers at the UN.