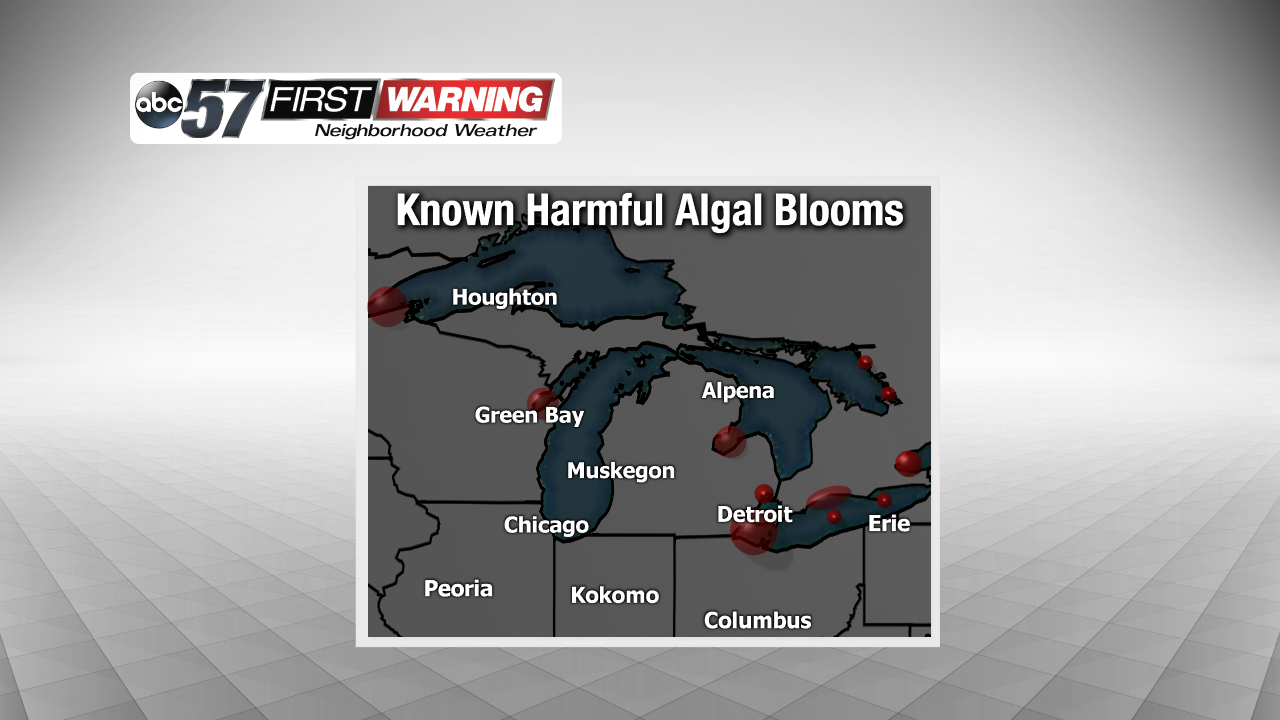 We've all seen it: the green color present in lakes and ponds during the summertime months. That green stuff is algae, or tiny plants. Sometimes large colonies of algae can grow out of control in bodies of water. This is called an algal bloom. Algal blooms happen every year in bodies of water throughout the United States. It's normal and natural. Sometimes, though, they can become dangerous and toxic. These blooms are referred to as harmful algal blooms, or HABs. And it's these blooms that have scientists concerned. 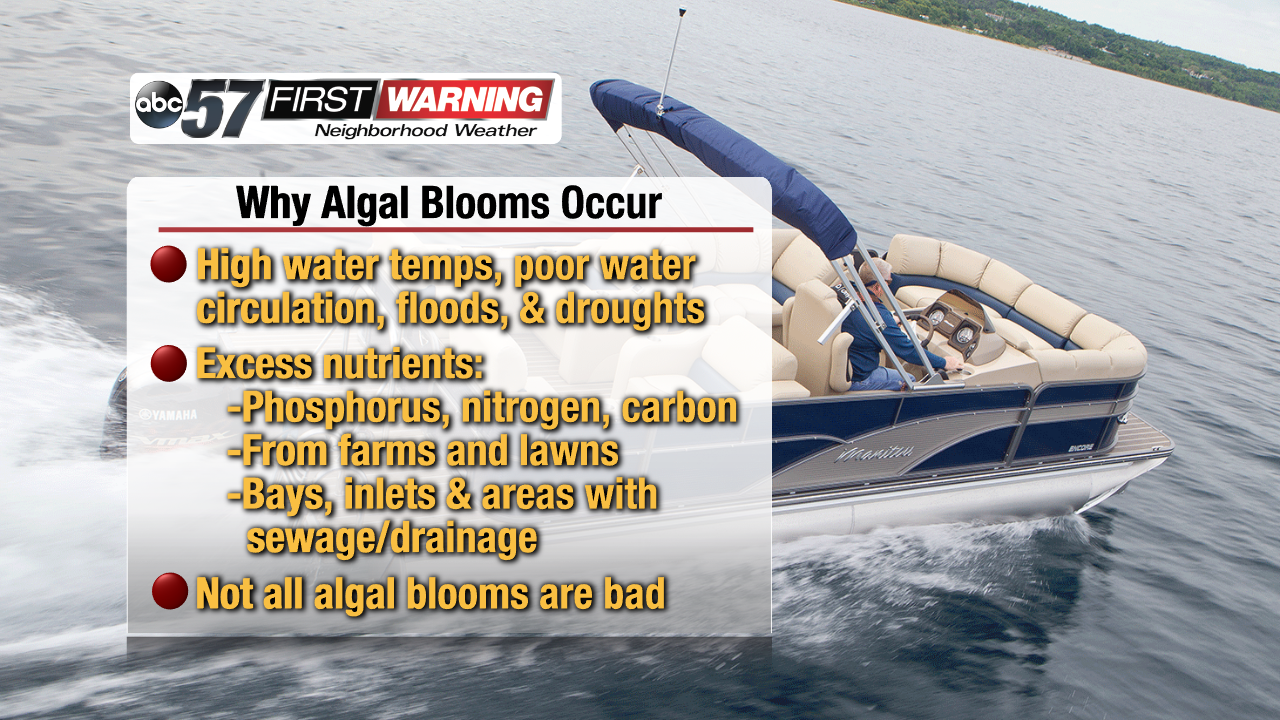 These HABs have become more common over the last few decades thanks to changes in farming techniques and warmer temperatures. Those are two of the largest reasons why HABs occur. When excess nutrients like phosphorus, nitrogen and carbon from farmland and lawns are washed into streams and rivers, they eventually arrive in ponds, lakes and seas. This allows high numbers of algae to form and grow. This can be exacerbated by unusually warm water temperatures, poor water circulation, floods, and droughts. Many inland lakes, and even the Great Lakes to an extent, have seen warmer waters and plenty of rain this year. This could lead to, or worsen, algal blooms through early fall. 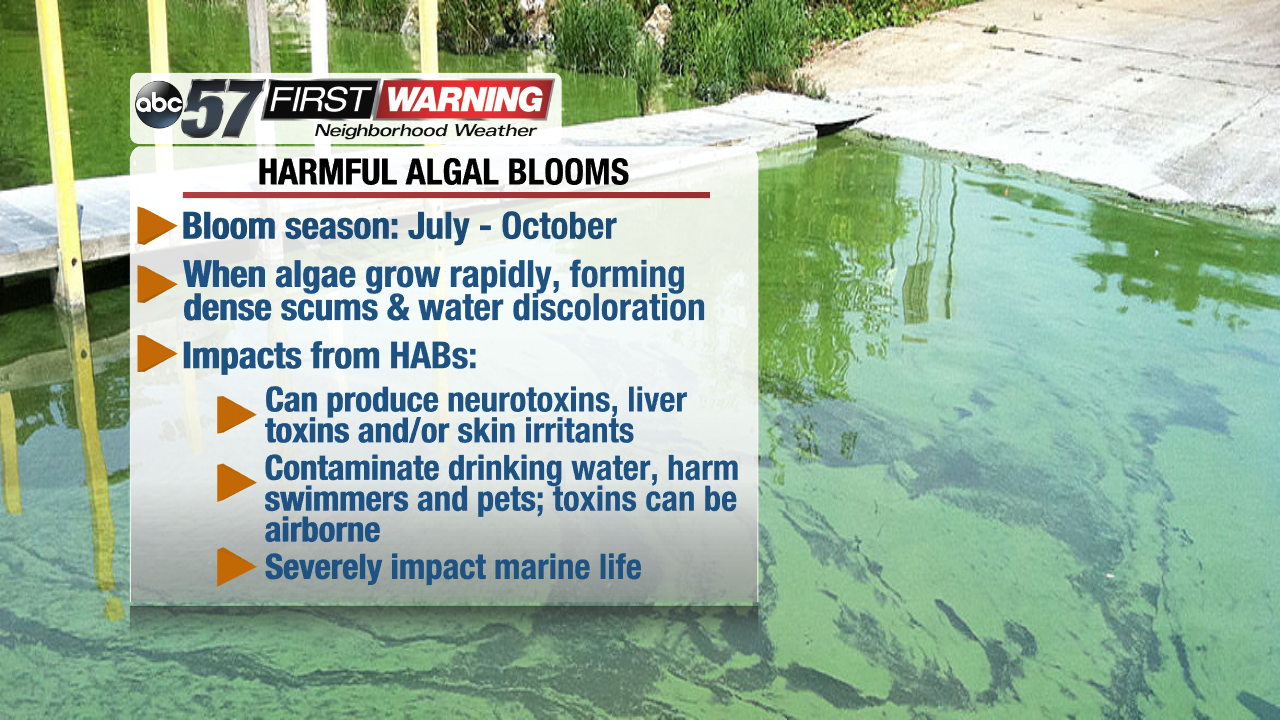 That includes inland lakes in Indiana and Michigan, as well as all of the Great Lakes. It's very difficult to predict whether a particular lake or area within a lake is going to see a harmful algal bloom, but there are signs that NOAA (click for more) can use to aid in their predictions. Namely, bodies of water that are known to have a history of HABs. That includes Lake Erie, some inland lakes and parts of the Gulf of Mexico. 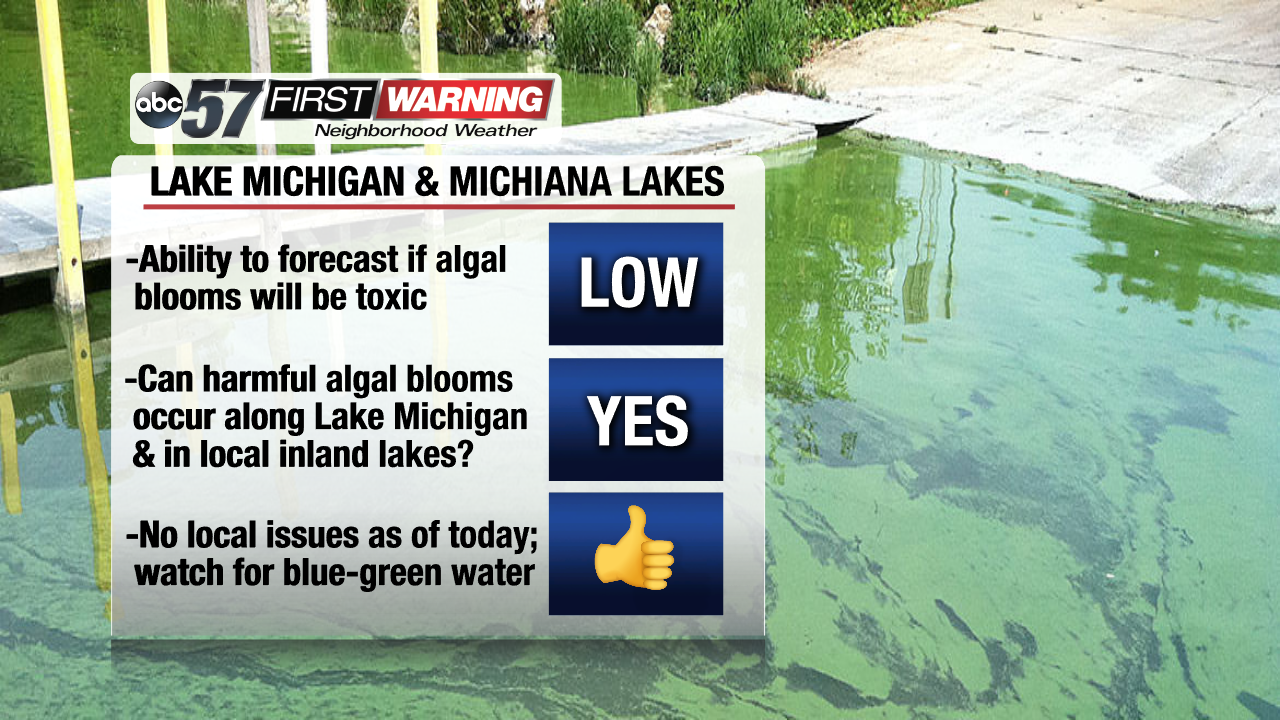 This year, a significant harmful algal bloom is expected in the western basin of Lake Erie. That is an area that sees them often. And they can be particularly bad around the Toledo and Detroit areas. Fortunately, these HABs are not as common in Lake Michigan. We can attribute that to the cooler waters, the lake's larger size and less nutrients flowing into the lake from farmland. However, they have and can happen with little warning along the coast of Lake Michigan. This includes the coast of La Porte and Berrien Counties. 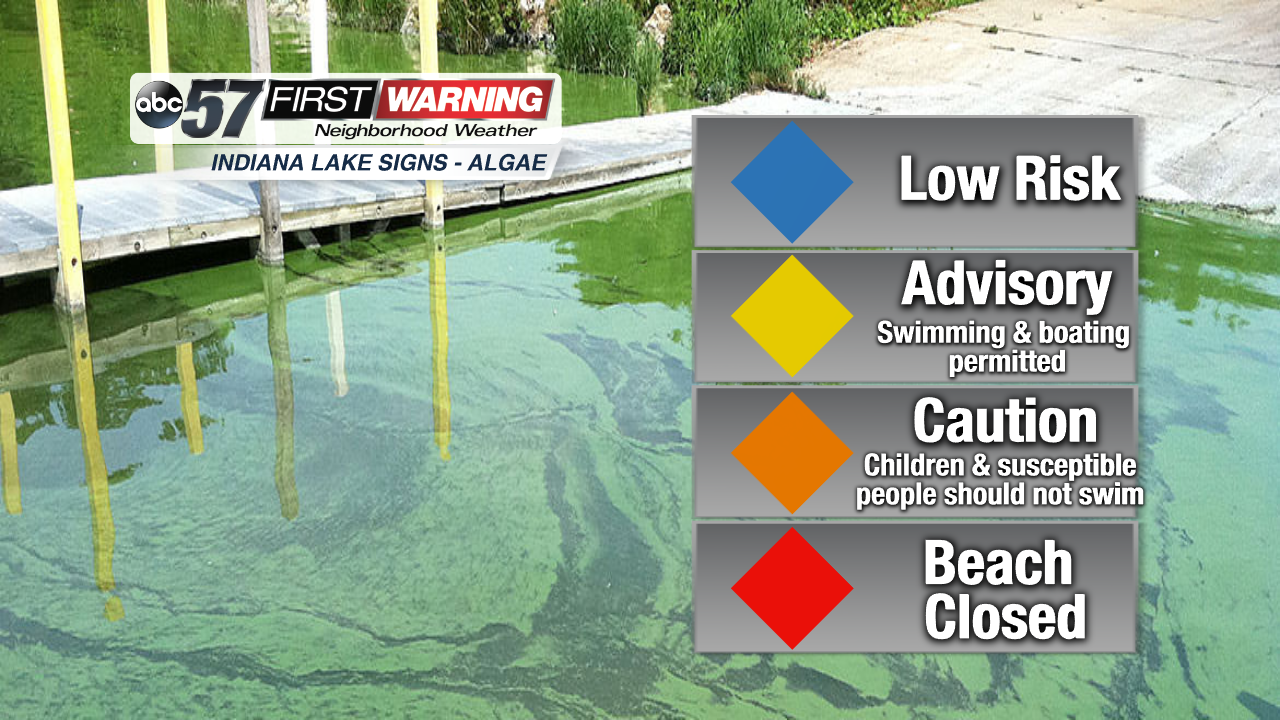 HABs can also affect inland lakes throughout Michiana. Again, this does not occur every year, but it's something that both Indiana and Michigan watch carefully. You can click either state for lakes currently being affected by algal blooms. If you plan on swimming or even just sitting near lakes over the next few months, make sure to take note of any signage regarding algae and abide by the guidelines. Harmful algal blooms can be dangerous for not only marine life, but humans and pets as well. Both you and your pets can be sickened, perhaps severely, by exposure to water infested with harmful algae. In fact, algae toxins can become airborne and affect you even if you don't enter the water.

For humans, illnesses that HABs can cause include skin, nose, eye, and respiratory irritation. in addition to abdominal pain, neurological issues, vomiting, diarrhea, liver damage, and kidney damage. Not everyone reacts the same to toxic algae, but if you think you may be suffering, it's suggested that you see a physician. The best way to avoid algal complications is to heed all warnings and avoid water that looks unusually greenish-blue.