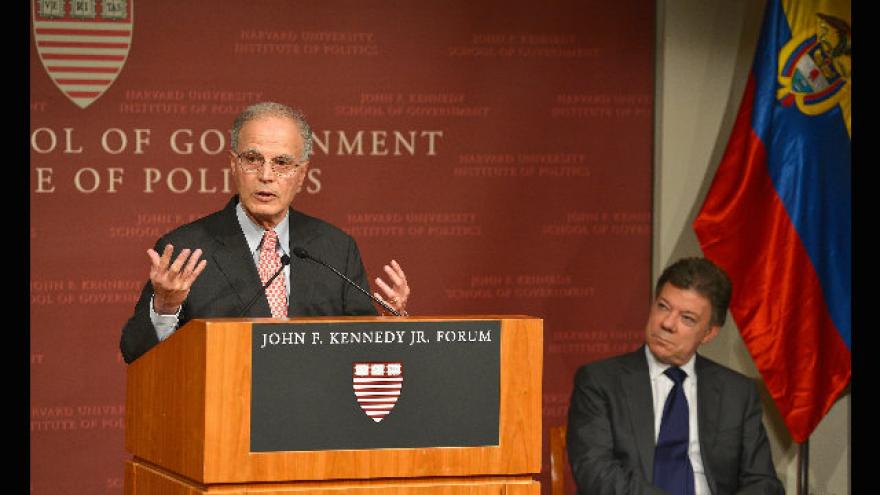 "I am retiring from my job at Harvard at the end of this semester. It has been a privilege to serve the University," Jorge Dominguez wrote in an email to colleagues.

Attorney Leon Kesten, who represents Dominguez, said his client had no comment.

Dominguez, who has been a professor at Harvard since 1972, will not teach this semester. He has also stepped down from his role at the Harvard Academy for International and Area Studies and other remaining academic coordinating roles, according to his email.

Dominguez is under investigation for alleged sexual misconduct against several women. Last month, The Chronicle for Higher Education spoke to 10 women who said Dominguez "treated them in ways that made them uncomfortable." In response to those accounts, he told the Chronicle that "I try to communicate both respectfully and effectively. I do not go around making sexual advances."

After the piece published, eight more women came forward with complaints, bringing the number to 18. Dominguez was placed on administrative leave on Sunday.

The reported incidents span several decades, from 1979 to 2015. They include allegations of various sexual advances, inappropriate touching, verbal harassment, forced kissing and groping. Many of the women, students or junior professors at the time of the alleged misconduct accused Dominguez of abusing his position as a tenured, high-ranking professor who supervised their work.

Terry Karl, now a professor at Stanford University, was one of the women profiled in The Chronicle's investigation. She was formerly a junior professor at Harvard and detailed a pattern of repeated sexual advances from Dominguez from 1981 to 1983.

She filed a complaint with the university in 1983 and Dominguez was found guilty of "serious misconduct." Although he was barred from administrative responsibilities for three years, Dominguez was allowed to remain at the university and went on to hold various positions of power, including vice provost for international affairs.

Karl eventually left Harvard for Stanford, after vowing never to let herself be alone with him again. "It was not just uncomfortable. It was untenable. It was prolonged, quid-pro-quo sexual harassment," Karl told CNN on Tuesday.

"It's been such a shock to me to see the numbers (of women) coming forward," Karl said. "I know I did everything in my power to stop this in 1983. I know I did. My question is, why didn't they stop it? What is their explanation for giving him more power, more salary, and more prestige?"

Harvard officials maintain that Dominguez's decision to retire will not affect an ongoing investigation into his behavior.

"I want to be very clear that Dominguez's forthcoming retirement does not change the full and fair process of review that is currently underway. He remains on administrative leave until it is concluded," Michael D. Smith, Dean of Harvard's Faculty of Arts and Sciences, wrote in an email.

Jennifer Hochschild, chair of Harvard's government department, also maintained that "(Dominguez) is no longer on campus, nor will he be teaching or performing other administrative duties at this time."

Karl believes that the investigation needs to be conducted by an independent agency "that is well versed in adjudicating sexual assault."

"Harvard, I do not believe, is capable of carrying out a proper investigation. Dealing with sexual harassment requires training. It's not an eight-hour course," Karl said.

"I want to state unequivocally that the (Faculty of Arts and Sciences) will not tolerate sexual harassment," Smith wrote in an email to the university community on Sunday. "I encourage anyone who has witnessed sexual harassment in the FAS, recently or in the past, to come forward and share their experiences with our Title IX coordinators. It is imperative that we support those who have been subjected to sexual harassment."

After telling her story, Karl says she has been flooded with emails and calls, many of them from women who say they have also been harassed.

"Every woman who has contacted me has wanted to prevent this experience from happening to anyone else. And to help create an environment within all universities to give us full equality of opportunity. And permit women, as well as men, to fly," Karl said.