Harvey continues to bring the rain

Harvey has now become a tropical depression, with wind speeds around 30 mph, after making another landfall near the Texas/Louisiana border early Wednesday morning. Over the next 72 hours, this system will slowly slide off to the north and east as wind speeds slowly decrease as well. The main concern continues to be the very heavy rainfall that will spread along Harvey's forecasted path.

Over the last several days, southeastern Texas and southwestern Louisiana has taken on the full force of Harvey's flooding rainfall. Many locations in and around the Houston metro has seen 30 or more inches of rain, with isolated locations reporting as much as 50+". This record-setting rainmaker won't bring that kind of torrential rain as it weakens, but areas of western Tennessee and Kentucky are forecasted to receive 6 to 10 inches of rain as the remnants of Harvey move past. 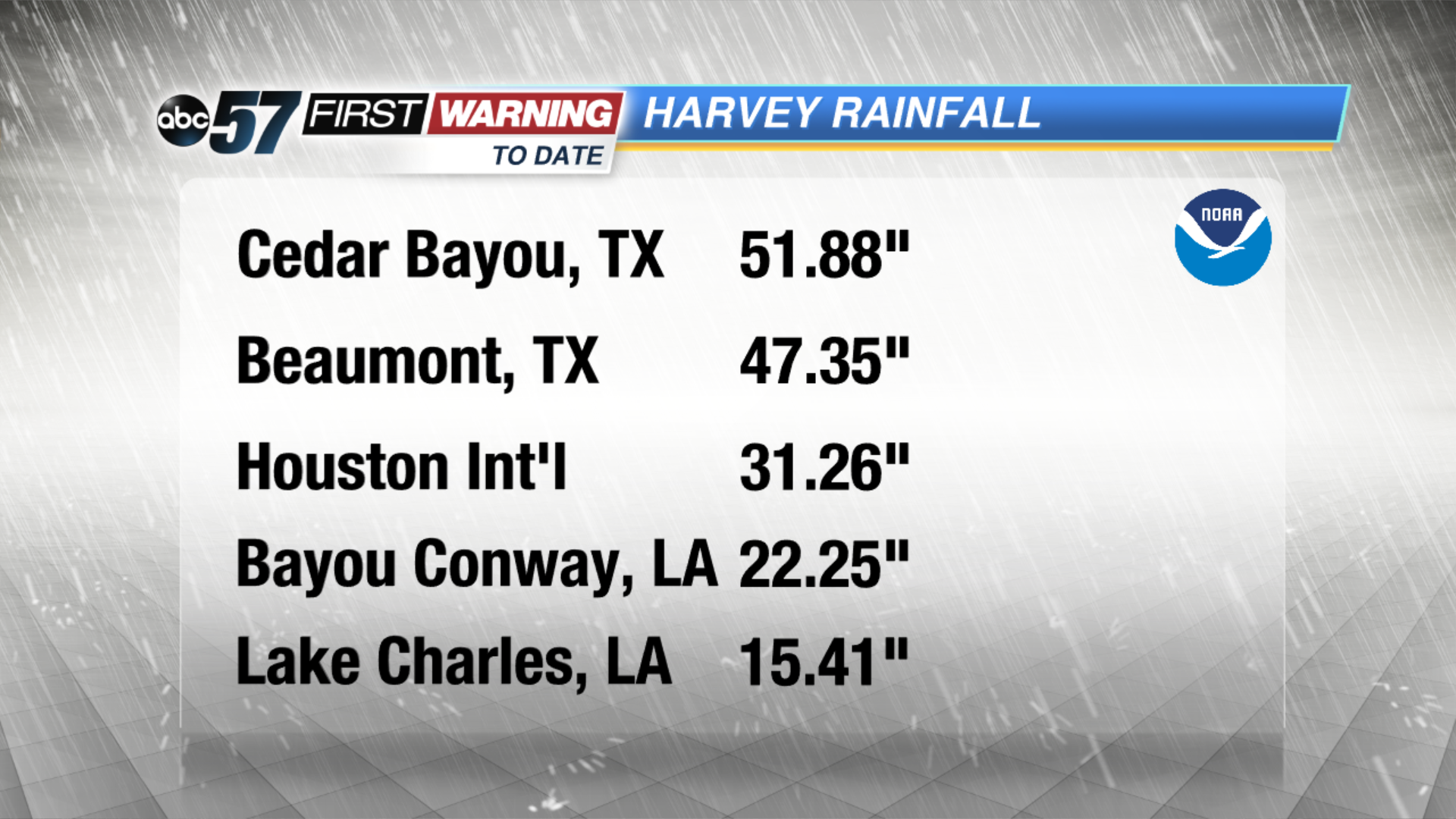 New records have been set in Texas as some totals top 50 inches.

Here in Michiana, we should not see any rainfall from the decaying storm, but some additional cloud cover could move into the southern counties of Michiana for Saturday afternoon as the storm fades away well to our south. 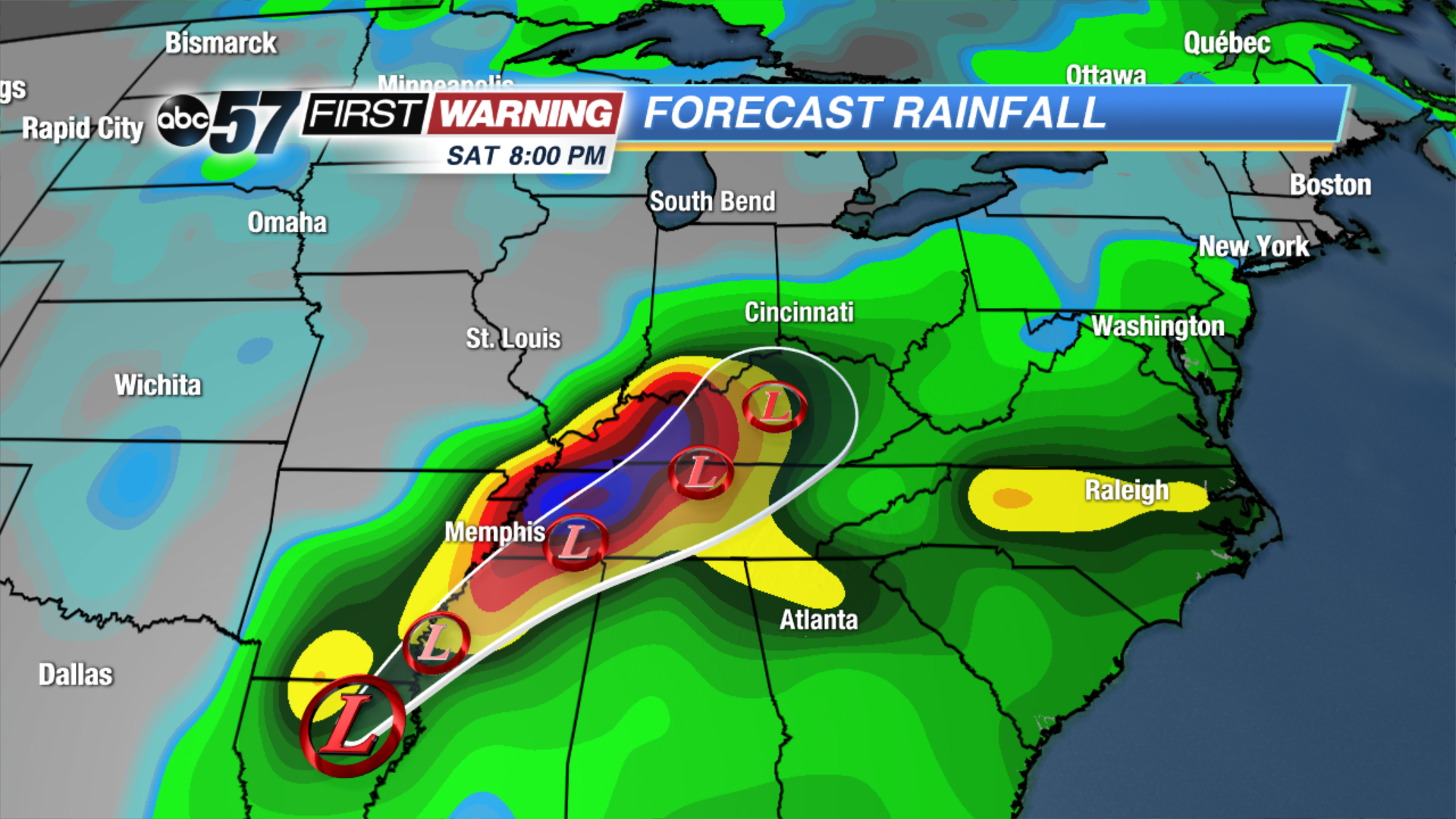 Western TN & KY will probably see the worst of what is left of Harvey.
Share this article: