Hurricane Lane is barreling towards Hawaii as a Category 4, the first to do so in twenty-five years. 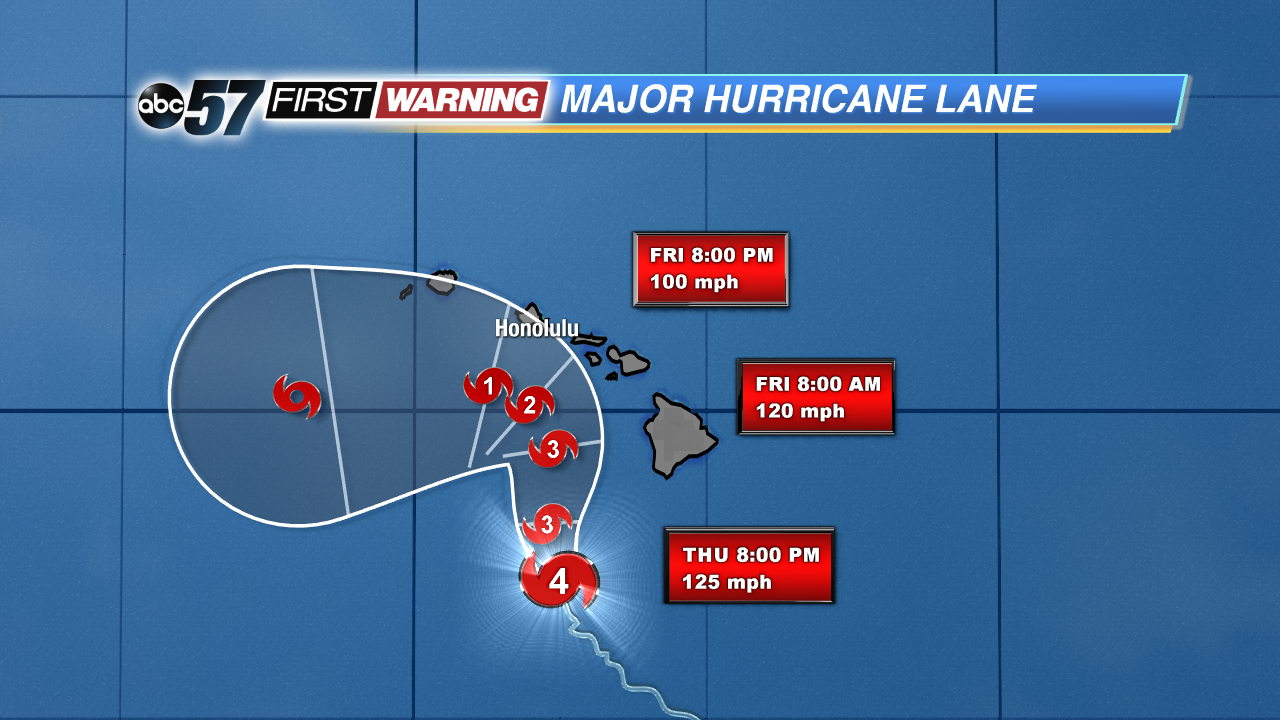 Hurricane Lane was over 200 miles southwest of the islands on Thursday morning, moving very slow at 7 MPH. The eyewall will stay offshore of the big island, moving past Thursday night, and bringing a higher impact to Maui and Oahu Thursday night through Friday. The biggest problem will be the heavy rain. 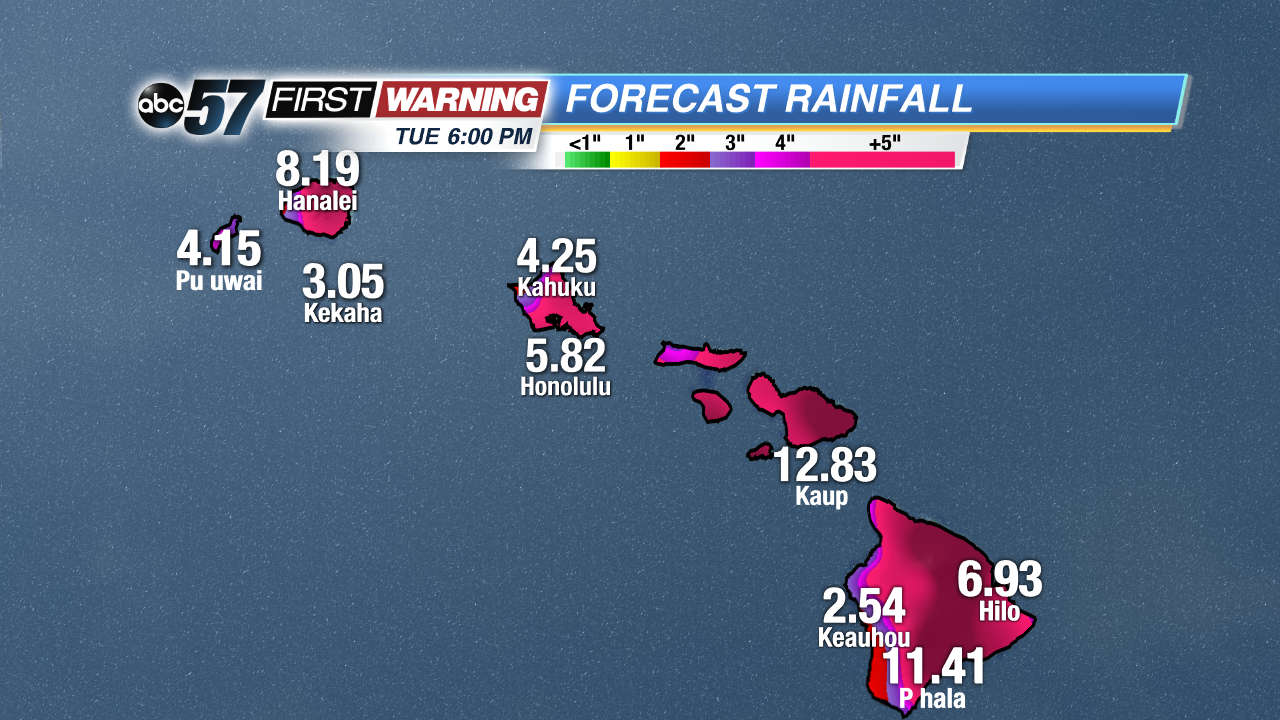 Storm total rainfall totals are expected to be between 10 and 20 inches with localized totals to 30 inches. A rain band moved through Hilo Wednesday, bringing a new daily record of 8.29 inches, causing landslides, rock slides and debris to close Highway 19. Flash flood warnings are already in effect for the big island and Maui, and flooding will be the most dangerous threat from Lane. More of this is expected, and it could put residents on gridlock, unable to drive on the roads safely and find a new shelter if they are in danger.

Winds will not have as big of an impact on the islands as the flooding. The strongest winds are within the eyewall, spinning at 130 MPH, but they are weaker further out from the eyewall. The islands will for sure receive sustained tropical storm force winds over 39 MPH. There is a possibility winds could reach up to around 74 MPH, which is on the low end of the hurricane force wind scale, but still powerful. Depending on the upcoming track of the eyewall, Oahu may have the highest risk of receiving hurricane force winds. 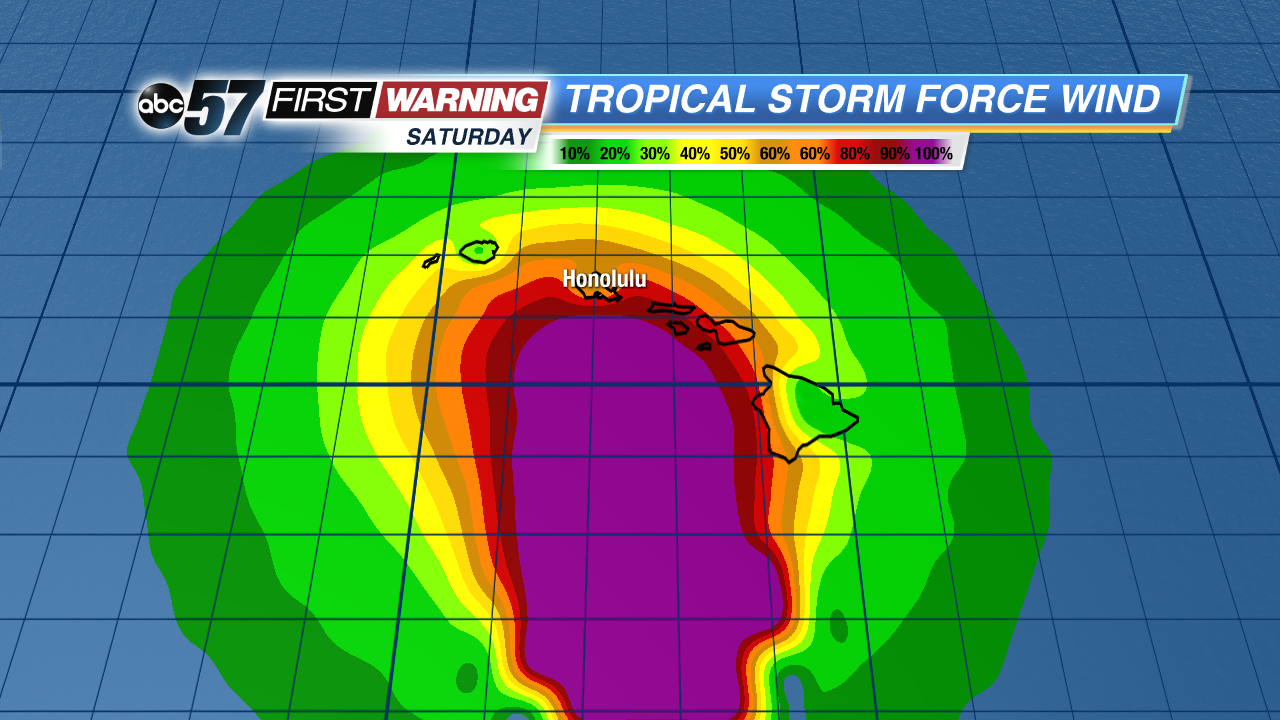 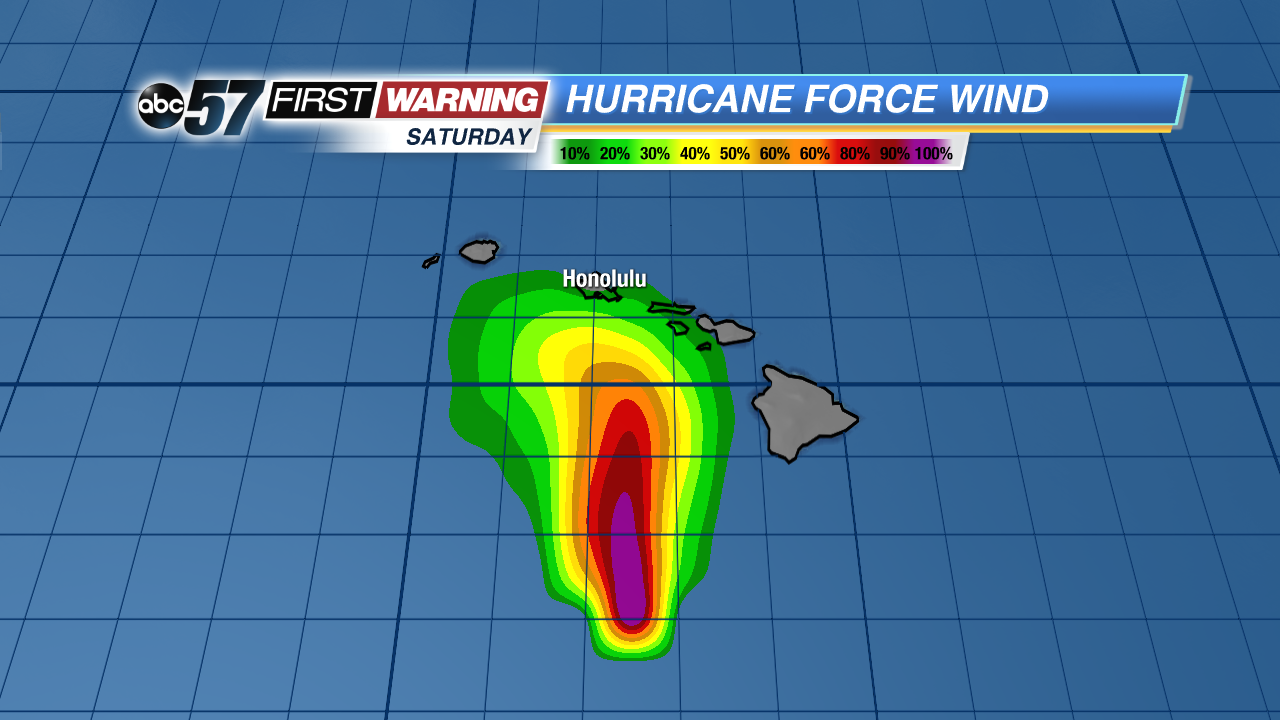