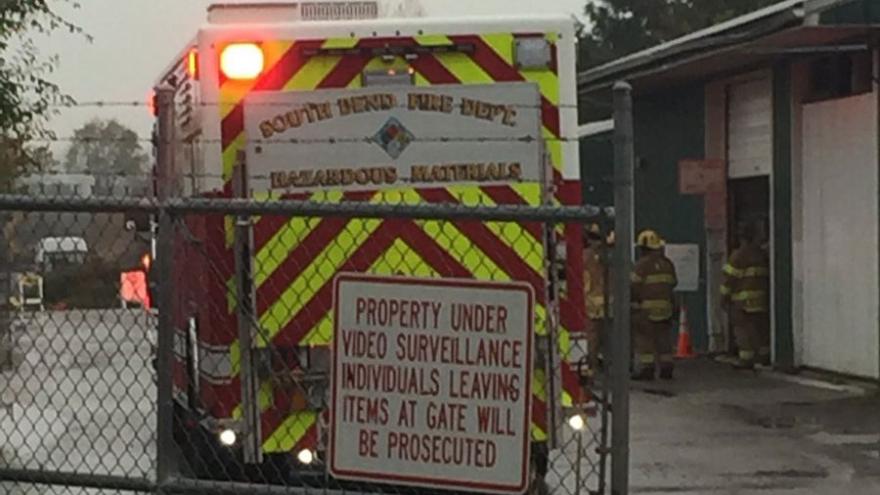 They were called out just before 10 a.m. for an investigation of a barrel brought in from a Mishawaka school.

The barrel was placed inside a larger barrel and a sample was taken from the liquid inside.

The barrel had been under the stadium for several years.

Means said they believe the liquid is diesel fuel, but they won't know for certain until a chemical analysis is complete.

Means says the barrel was taken to a private environmental company.