Head Coach Brian Kelly discusses the past, present and future 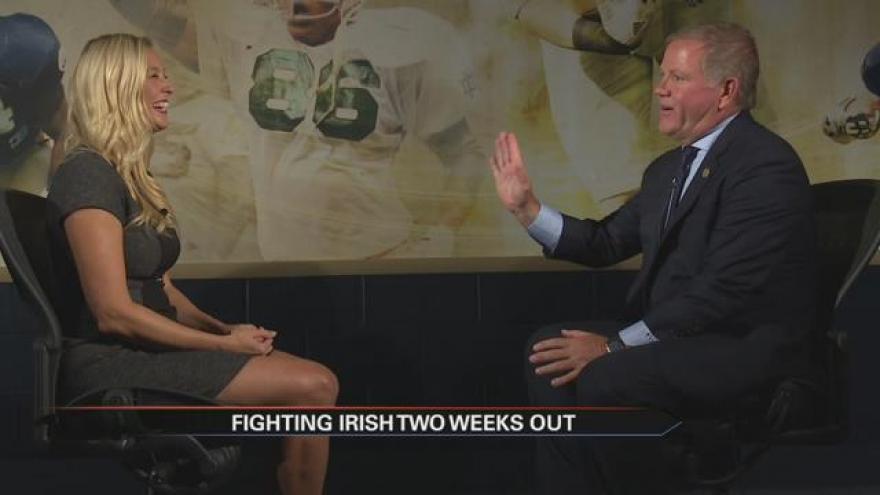 ABC57’s Allison Hayes sat down privately with Notre Dame Football head Coach Brian Kelly during media day and they discussed the quarterback spot, what it’s like to coach one of the best college programs in the country and how he keeps the balance between history and the present.

Coach Kelly: I've never really got lost in it because you're always trying to build something bigger. And, there's such high expectations that you can't get lost in the past. It's great to be reminded about it and I think that keeps the respect of Notre Dame, but you're always trying to move the program forward and win that next National Championship.

Coach Kelly: Winning a National Championship and retiring, you couldn't write the book any better than that. Not winning it and firing it, that's not the way I want it to go, so if this was the last job I had, I would be the happiest guy in the world but I don't think it's complete unless you win a National Championship, so those two things go hand-in-hand.

Hayes: Or maybe more than one, two or three?

Coach Kelly: Or two or three, yes exactly, let's not end it at one, right? A couple would be even better, absolutely.

Fighting Irish fans would be very happy if Coach Kelly helped the team add a couple more national championships to the trophy case, but right now is concentrating on the season ahead.

He says part of bringing a championship back to the Golden Dome is having the right players and staff in the right places.

Coach Kelly said both Malik Zaire and DeShone Kizer will play when the Irish take on Texas in the season opener on September 4th.