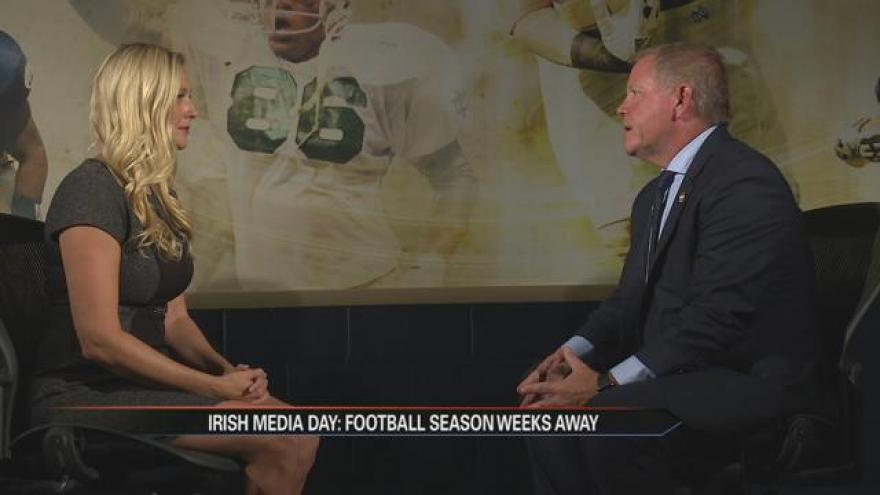 The hot topic all camp has been who will be the quarterback taking the field when the Irish open the season against Texas on September 4th.

Coach Kelly dropped the bomb that he intends to play both Malik Zaire and DeShone Kizer in game one.

He said the decision on who will be the starting quarterback is still to be determined.

He said the competition is so close, he could actually flip a coin to make the call.

"At first I didn't want to play two of them but they've played so well in preseason that I just didn't think it was in our best interest to have one of them sitting on the sideline next to me. They are clearly two if not, well two of the best play makers we have and so I need to get them both on the field so that's what really forced me to make that decision,” said Coach Kelly.

Coach Kelly said he is open to the idea of having both quarterbacks on the field at the same time this season but he's not sure how just yet.