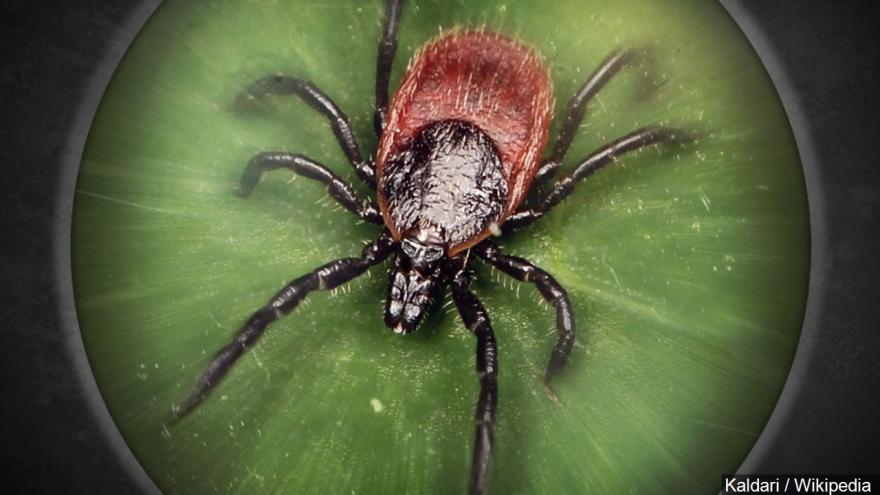 It may still be early April, but tick season is well underway across Indiana and Southwest Lower Michigan. According to the Indiana State Department of Health (ISDH), there have been multiple adult and immature ticks (nymphs) reported across the the state that tested positive for carrying the bacterium that causes Lyme disease. Of concern is the fact that Northern Indiana is one of three regions in the state highlighted as having the most reports of these ticks. That, of course, includes all of Michiana. 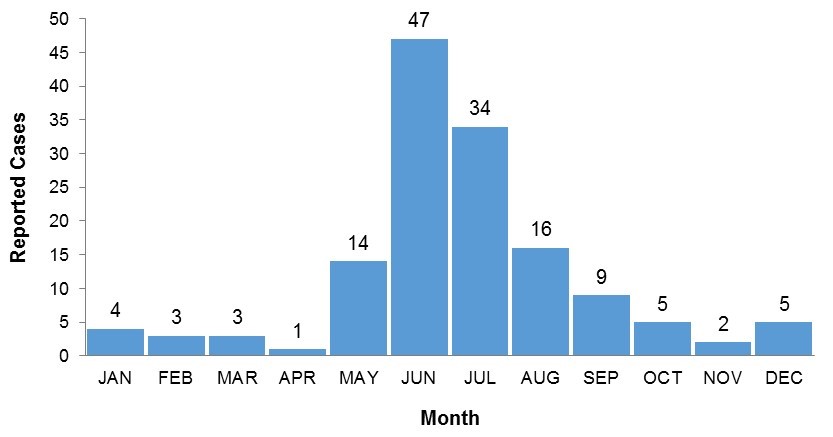 Lyme Disease Cases by Month of Illness Onset in Indiana, 2017 ISDH
Typically tick season and reports of tick-related illnesses like Lyme disease spike from late May thru August. That is considered "peak tick season" for both Indiana and Michigan. The unusually early tick activity has health officials urging everyone to be safe and extra cautious when venturing outside as both states see numerous Lyme disease reports every year. 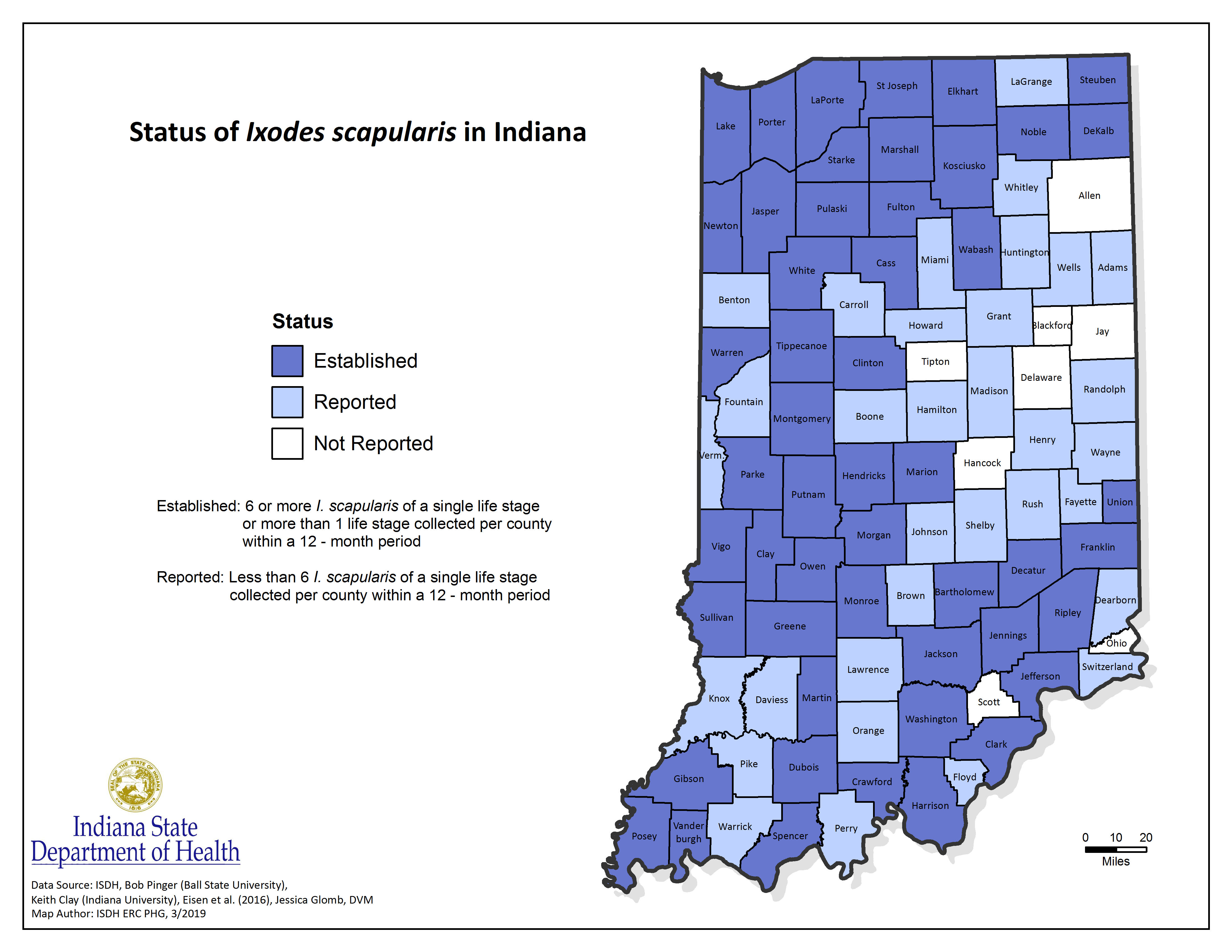 Status of deer ticks in Indiana ISDH
According to the Indiana State Department of Health, you can lower your risk of tick bites by:

•Wearing a long-sleeved shirt and light-colored pants, with the shirt tucked in at the waist and the pants tucked into socks, if they will be in grassy or wooded areas

•Treating clothing and outdoor gear with 0.5% permethrin, which is an insect repellent specifically designed for this purpose (permethrin should NOT be used on bare skin) 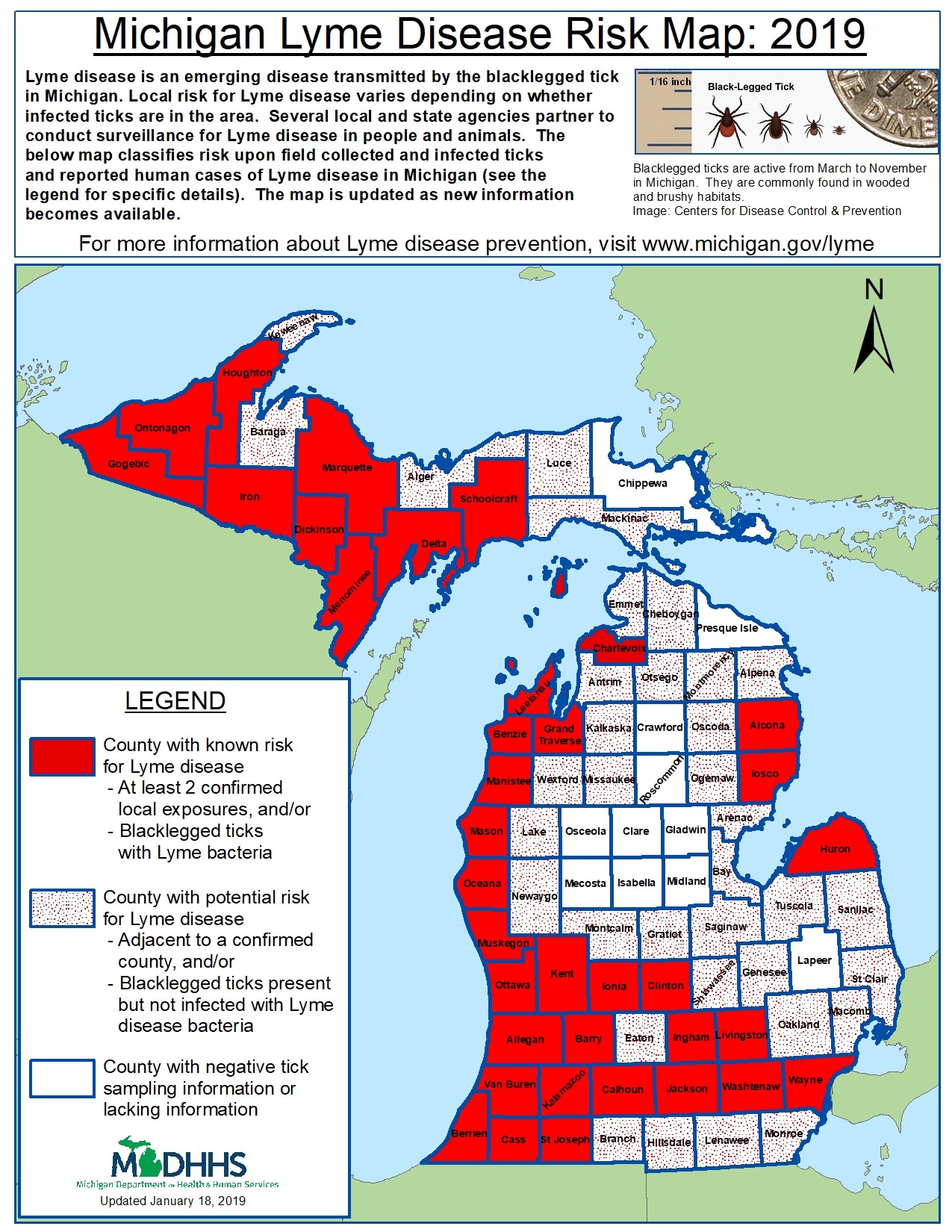 Michigan Lyme Disease Risk Map: 2019 MDHHS
Once indoors, it's encouraged to thoroughly check for ticks on clothing, gear, pets and skin. Whether or not ticks are found, you can tumble your clothes in a dryer on high heat for ~30 minutes to kill any potential ticks. You can also shower to help remove ticks that are unattached. If a tick is found, it's important to use tweezers to grasp the tick close to the skin and pull outward with a steady and even pressure.

Officials say you should wash the area where the tick was removed thoroughly with soap and water, then discard the tick by submerging it in alcohol, placing it in a sealed bag or container, wrapping it tightly in tape or flushing it down the toilet. 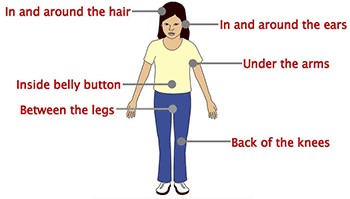 Where to check for ticks on humans. CDC
Ticks can attach themselves to your skin and begin feeding at any location on your body. Unfortunately, when this happens you may not feel a thing. If you suspect you could have a tick, a few areas to check include your hair, ears, belly button, armpits, between your legs, and behind your knees. 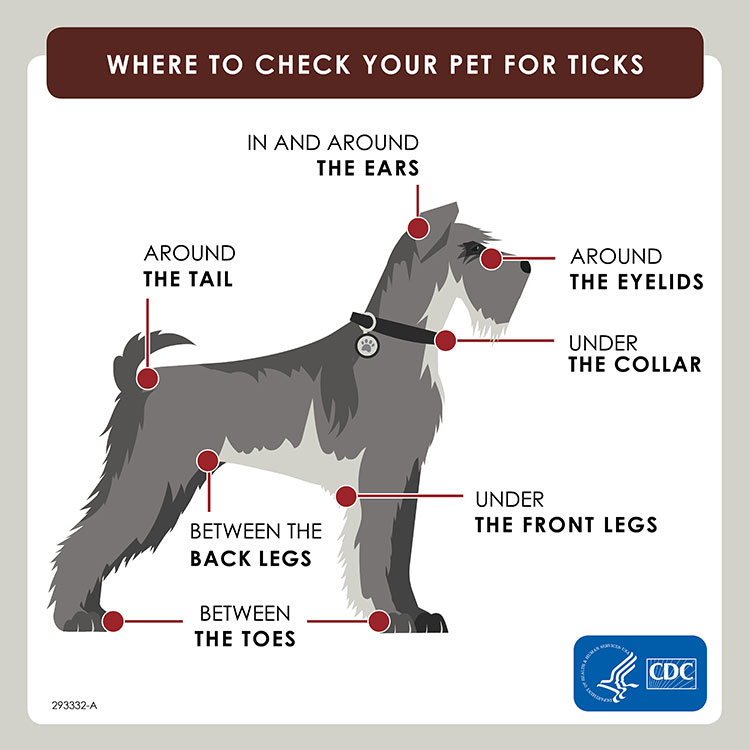 Where to check your pets for ticks. CDC
As for your furry friends, it's highly encouraged to thoroughly check their entire body and feel for unusual lumps that could be a tick. Something to keep in mind is that ticks can be responsible for transmitting more than just Lyme disease in both Indiana and Michigan. Other diseases include:

But, despite ticks being dangerous and a legitimate health concern, we here in Michiana are not in the geographical region of highest concern. 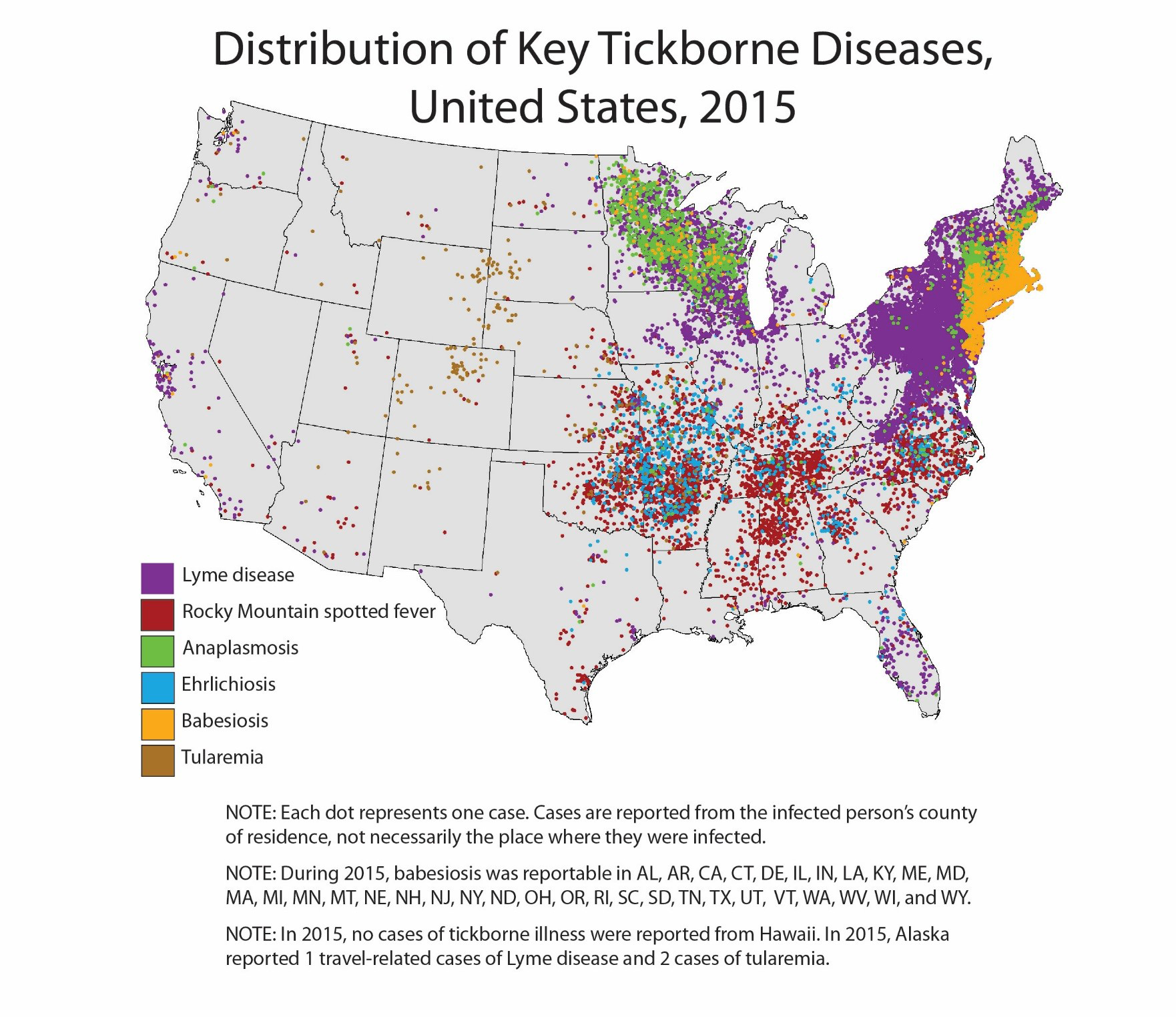 Distribution of tickborne illnesses. CDC
Areas with many more tickborne diseases each year include parts of Minnesota, Wisconsin, the Northeast, and New England. A "hot spot" in Michiana for ticks would be parts of La Porte, St. Joseph and Berrien Counties. However, they can be found anywhere in the region. For more information on ticks, check out one of these websites: